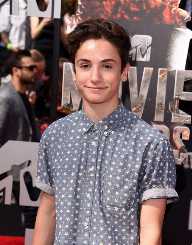 Teo Lucas Halm was born on May 18, 1999, in Los Angeles, California. His mother is of French and Moroccan descent, but his father is Australian. He has two sisters- India and Aliza. He is currently dating the actress Gia Polizzi.

Teo began his interest in acting at a very young age, and his father encouraged him to pursue it. He took part in several theater productions, his first being The Sound of Music and The Music Man when Teo was just nine years old. His father took an active role in advancing Teo’s career. He took a picture of him and uploaded it to the talent webpage newfaces.com. Teo soon got attention from a producer of the PBS series Nova. The producer thought that Halm’s long hair and bone structure is perfect for the role of the Neanderthal boy. He was cast for the role in 2009.

Halm made his first appearance on television on the series Becoming Human: Last Human Standing. The following year, he was selected as a spokesperson for UCLA fundraising e-solicitation commercial.

After his first appearances, Teo Lucas Halm was spotted by his future manager during a soccer match, when he feigned an injury. Halm was soon cast in the 2012 film Waltham Vanguard in the lead role. In 2013, he was cast in the Disney Channel series Girl Meets World as Elliot, the son of Cory and Topanga. Halm was seen in the pilot series, but his character was dropped afterward.

In 2014, Halm starred in the sci-fi fantasy film Earth to Echo, which won him the 9th Annual PICK Award for Best Actor. After giving this award receiving performance, Halm was cast in the James Franco’s movie Bukowski. In 2015, Halm was cast in the movie Memoria, which premiered at the Austin Film Festival.