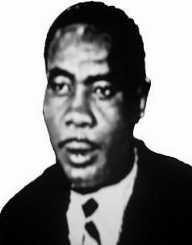 Sonny Liston is still regarded as the best heavyweight boxer with a taste of violence. His sporting agility was electrifying to watch. He was referred to as the man with the “steel punch” and an “iron chin.”

The official date of Charles L. Liston is given as May 8, 1932. He was born in St. Francis in the state of Missouri, USA. His parents were Tobe Liston and Helen Baskin. Liston was the second last in a family of twenty-five siblings. His alcoholic and violent father was thirty years older than Sonny’s mother. Due to the poverty in the family, Sonny never went to school. His parents were peasant farmers who grew cotton in the south. Liston had a rough and violent childhood. His father physically molested him. Even as a grown up, the physical scars were still visible.

His mother separated from his father and went to St. Louis in Missouri. After a little while, Liston followed his mother and was reunited with his other siblings. Liston had a huge physique. At the age of 14, he was almost 6 feet tall. This enabled him to get hired as a manual laborer in the farms.

Tired of being exploited as a manual laborer, Sonny Liston turned to crime. He organized a criminal gang that robbed and mugged locals. His trademark shirt during his illegal raids was yellow. The local police classified him as the “yellow shirt bandit.”

In 1950, he was arrested by the police. After the court case, he was sentenced to a five-year jail term in the Missouri State Prison. Before his sentencing, Liston had been arrested more than twenty times.

Sonny Liston was introduced to boxing by Reverend Father Alois Stevens. Reverend Stevens was both the prisons chaplain and sports director. Owing to his bold physique and strict upbringing, Liston loved training. He had his first competitive match in prison. Reverend Stevens arranged the match for him. His opponent abandoned the match midway.

In October 1952, Liston was released on parole. It has been rumored that the crime boss John Vitale arranged for his early release. He went on to win several amateur matches. The most noticeable being his win over Ed Sanders. Sanders was the reigning Olympic heavyweight champion.

Sonny Liston turned professional in September 1953. He won in the first round against Don Smith. He maintained a winning streak in eight matches. Liston was beaten in his ninth match by Marty Marshall. He, however, won in the subsequent rematch.

In 1956, he found himself on the wrong side of the law again. He was accused of stealing an officer’s gun. Liston was sentenced to nine months in jail. He only served six. Liston went back to the ring. He cleared out his opponents to become the topmost contender. On September 25, 1962, Liston made history by becoming the heavyweight champion. He knocked out the reigning world champion in the first round. In June of the following year, Liston won the rematch with another knockout. With Cus D’Amato as his coach, Liston reigned as champion for seventeen months. D’Amato went on to coach another great boxer in Mike Tyson.

Sonny Liston lost his title to the little known Cassius Clay in the seventh round in February 1964. The match was held in Miami Baech, Florida. Again rumors were rife that the match was fixed by the criminal underworld. Clay later changed his name to Muhammad Ali. Liston lost his rematch to Ali in May 1965. Liston continued to fight in the ring until June 1970. His last fight was against Chuck Wepner.

Sonny Liston was a violent person even outside the ring. He never shied away from street fights. Nevertheless, he had a soft spot for children. He supported many in his life. Apart from his demeanor, Liston was a charming man with a captivating smile.

He married Geraldine Chambers on June 10, 1950. The couple had two children; one was a daughter from Chamber’s previous marriage. The second was a boy. He was adopted when the couple was together.

No one knows how Sonny Liston died. His wife found his lifeless body in their home on January 5, 1971. He was thirty-eight years. She had been away on holiday. The official cause of his death was given as cardiac arrest and lung congestion. His death was as mysterious as his birth.

Liston was an excellent boxer. He managed to turn his cruel past to his advantage. To give back to society, he supported many children. The only misgiving was his association with the criminal gangs.