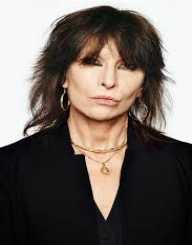 Chrissie Hynde was one of the most renowned American songwriter, singer, and a guitarist at the same time. She became famous when she was the front woman for the rock band The Pretenders. She gave a number of hits like “Brass in Pocket” and “My City Was Gone” which were like by people so much that they literally became the anthems for the years 1970’s and 1980’s. Chrissie Hynde gave a number of hits along with her band and it was the first time that a woman was leading a band that became so famous and a special characteristic in it.

Chrissie Hynde was born on 7th of September in the year 1951 in Akron in the state of Ohio. She was born to a parent who worked as a Yellow Pages manager and part-time secretary. She had completed her education from Firestone High School Located in Akron only. But she never liked going to schools or attending parties with friends.

Chrissie Hynde was unique in herself as she liked bands and it gave her an adrenaline rush hearing to bands. The passion and love was so much that she usually went to Cleveland for watching other bands which made her look at bigger things for herself in the future. Chrissie Hynde later graduated from Kent State University.

Whilst at the University, she also became a part of a band but after graduating she moved to London following her interest in UK music magazine in the year 1973. Though she landed up a job in an architectural firm but she left the job after 8 months and then she met Nick Kent who was a rock journalist at that time. He also landed her a position at NME.

Following the same for a couple of months and not seeing the things working, she attempted to start a band in France before she returned to Cleveland in the year 1975 but it did not work for her. However, later she also gave an audition for a band by the name of 999 which she came to know through an advertisement. She later even tried to make a group with Mick Jones from the Clash.

After this also failing, she was placed as a guitarist in Masters of the Backside but soon she was asked to leave the group. Following the same, she was invited by Mick Jones to join their band for their initial tour of Britain.

Hynde was also associated with The Moors Murderers in 1978 for a short period of time. Future Visage front man Steve Strange on vocals, Vince Ely on drums, and Mark Ryan a.k.a. the Kid and Hynde on guitar were the members of the band. The band was named after a pair of child-killers and became a hot topic among people. This forced Hynde to distance herself from the band.

However, the band also gathered them in the year 1970s and they also released an album in the 1980s. The first hit of the group by the name of "Brass in Pocket" was also penned by Hynde whilst she was also accompanied by another band mate for the same. This was followed by a series of hit songs like "Middle of the Road," "Show Me" and "Back on the Chain Gang" and "Don't Get Me Wrong".  Amongst other achievements for the group, they were not only inducted into the Rock and Roll Hall of Fame in the year 2005 but by 2015 Hynde also released an autobiography.

She also led several musical projects like recording a duet with Frank Sinatra in a 1994 album by the name of Duet II. Hynde’s collaboration in the year 1985 with UB40 for a cover of Sonny and Cher's, "I Got You Babe” received extreme loved from the fans. The track made a place in the U.S. Billboard Hot 100 and even topped the UK singles charts.