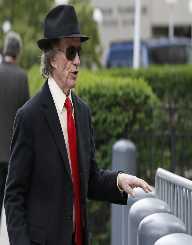 Sam Wyly was born to Charles and Flora Wyly in Lake Providence, Louisiana on the 4 October 1934. His parents published a modest weekly newspaper, and from a young age, Wyly assisted them by selling advertising, writing stories, helping with distribution and the printing press.

Sam Wyly was a student at the Louisiana Tech University where he paid for his studies selling rings. He then did an MBA at the University of Michigan which he was awarded in 1957. After completing his studies, Wyly did time in the air force in San Antonio.

His first position after completing his MBA in 1957 was working in sales at IBM Corporation for three years. Sam Wyly then became a sales manager for Honeywell and set up with branches in Dallas, Oklahoma and Ft. Worth. Sam Wyly was keen t set up a computer center at SMU University to replace the existing Univac system, and when his employer refused, he resigned. He set up his own company with $1,000 of his own money and just over a loan of half a million from the First National Bank in Dallas Texas. The company registered on the stock exchange in 1965 and by 1971 sales were over $100 million.

Other business ventures that added to his immense wealth include the Bonanza Steakhouse which when they purchased the franchise in 1967 had ten stores. They built the business up, and by the time they sold it to John Kluge in 1989, the chain had six hundred restaurants. In 1968 Sam Wyly purchased Gulf Insurance. He also co-founded Earth Resources Company the same year. Another business investment was in Michael’s craft stores. Michael’s was sold in 2006. In 2006 Wyly invested in Zaada, an internet-based social networking company.

In March 2007 Forbes Magazine estimated his wealth to be $1.1 billion, and in September 2006, they ranked him 354th on the Forbes list of the richest Americans.

Sam Wyly wrote The Immigrant Spirit: How Newcomers Enrich America (2006). His memoir 1000 Dollars & An Idea: Entrepreneur to Billionaire was published in 2008. Beyond Tallulah (2011), an illustrated business biography by Dennis Hamilton. Sam Wyly wrote a book with his son Andrew Wyly entitled Texas Got It Right (2012).

According to a Wall Street Journal report on the 28 June 2016, a federal judge ordered Sam Wyly to pay a $1.1 billion to the Internal Revenue Service in taxes and penalties relating to tax fraud using offshore accounts. Wyly agreed to pay $198.1 million to resolve a case with federal securities regulators in a securities fraud case.

The S.E.C. sued Sam and Charles Wyly in 2010 saying that the did not disclose $553 million in profits from four companies controlled by trust located in the Isle of Man. (The New York Times, October 2016). Charles Wyly died in a motor accident in 2011, and his estate was the defendant. A jury in May 2014 had found them liable for securities fraud. A federal judge then ordered Charles Wyly’s estate to pay $101.2 million and Sam Wyly to pay $198.1 million.