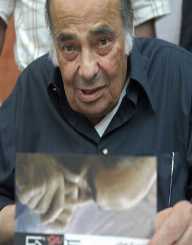 Assi Rahbani was born on May 4, 1923, in Antelias, Lebanon. He had two important brothers, Mansour and Elias, who went on to build a career with him.

Assi Rahbani’s musical career officially began when he started to work for the Lebanese Radio. He only spent a short amount of time at this radio station before he started working with the Near East Radio channel. While there, he composed a song, Itab, in 1951. Assi Rahbani wrote the song for a woman who he had recently met, Nouhad Haddad (whose stage name was Fairuz), who he would later have a romantic relationship with. His brother, Mansour, also helped him to write and compose songs for the radio station and Nouhad. While working at the radio station, the three worked on more than 50 songs together. Also while working at the station, Assi and Nouhad married each other. The trio quit working at the radio station in 1956 when they decided to work independently.

Together, the trio called themselves the Rahbani Trio. Assi and Mansour wrote many of the lyrics and composed the music, while Nouhad focused on singing. The group made their debut performance together at the Baalbeck International Festival only a year after they had left the East Radio channel. Before and after this concert, the trio also worked with some other artists.

In the later 1950’s throughout the beginning of the 1960’s, the Rahbani Brother’s band began to take off in Lebanon. The two brothers focused somewhat on their music, with Nouhad still as a singer, but they had also started to work on other projects as well. The two brothers not only wrote music now but musicals as well. Their musicals mostly focused on a humble life in the village, rather than the stardom they were starting to get used to. Some of their musicals are listed below.

Bridge of the Moon

However, in the early 1970’s, Assi suffered a brain hemorrhage. Later that decade, he separated from the band.

Assi Rahbani had a short stint in the movie business. He co-starred in two movies in the 1960’s: The Exile and The Guardian’s Daughter. Along with acting, he also wrote three films in the 1960’s: Auliban, the Seller of Jokes; Safar barlik; and Bint El-Hares.

Assi Rahbani married another musician, Nouhad Haddad, in 1953. Together, the couple had a son, Ziad Rahbani. Ziad also grew up to be a musician like his parents. The couple also had a daughter. Sadly, Assi and Nouhad separated in 1979.

In 1972, Assi Rahbani suffered a brain hemorrhage. Luckily, he did not die but instead needed to get surgery. The surgery stopped the hemorrhage from causing any further damage. However, the stress of Assi’s job combined with his physical health problems caused his mental health to decline. During this time, he left his band, and even his marriage ended. In 1986, Assi fell into a coma. Assi Rahbani was officially declared dead on June 21, 1986. He was 61 years old when he passed away.

After Assi’s death, Mansour and Nouhad began working together. The two went on a tour with Ziad Rahbani (Assi and Nouhad’s son) and Elias Rahbani (Assi and Mansour’s brother). The group reenacted some of the Rahbani brother’s musicals. Nouhad also sang while on tour. The group saw this as a great testament to Assi’s memory, as did his fans.