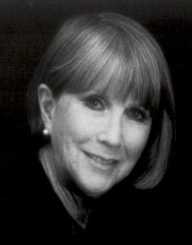 Julie Harris was born on December 2, 1925, in Grosse Pointe, Michigan, USA. Her parents were Elsie (Smith) and William Harris.

As a youth, Julie Harris attended the Grosse Pointe Country Day School. She later attended the Hewitt School. This was a private school in New York. She left home at an early age to attend this school. She wanted to go to this school because of its reputation of having a great drama program. In the summers, she attended the Perry-Mansfield Performing Arts School & Camp. Julie Harris also had to leave home to attend here, as it was located in Colorado. After graduating from high school, she enrolled in the Yale School of Drama. She only attended this school for one year before dropping out and trying to earn a role on Broadway.

Julie Harris broke out onto Broadway in 1945 in the play; It’s a Gift. She only had a  small part in this play. She continued to play small parts in Broadway plays for years. It wasn’t until 1950 in the play The Member of the Wedding that she finally found her claim to fame. After this play, Julie Harris became one of Broadway’s hottest new stars. Many of the plays she acted in would later go on to be made into movies, many of which she also acted in. Some of the other plays she performed in throughout the 1950’s and 1960’s are listed below.

One of Harris’s most impressive feats was a one-woman show called The Belle of Amherst. This play chronicled a portion of the poet Emily Dickinson’s life. The play aired in 1976. In the play, she acted as over a dozen different characters. The play was incredibly famous. She later recorded the performance to be played on television.

After acting on the stage for a few years, Julie Harris broke out onto the big screen in 1952 in the film, The Member of the Wedding. She had acted in a play of the same name two years earlier. She was already fairly popular at this time, making it easy for her to obtain roles on both television shows and in feature films. Some of her most famous movies and television shows are listed below.

Throughout her years on the stage and the screen, Julie Harris has won many awards and has been nominated for many others. Some of her most prestigious awards are listed below.

Julie Harris was married three times. She was first married to Jay Julian in 1946. However, the couple divorced in 1954. I the same year, she married Manning Gurian. This marriage too ended in divorce in 1967. She was married for the last time in 1977 to Walter Carroll. This couple divorced in 1982. Through all of her marriages, she only had one child, Peter Gurian, with her second husband. Her son would also grow up to work in the entertainment industry.

In her old age, Julie Harris struggled with several health problems. She suffered a stroke about a decade before her death that made it difficult to do many tasks. She had been diagnosed with breast cancer, which slowly sucked away at her health. However, cancer would not prove to be the cause of her death. Instead, Julie Harris died of heart failure on August 24, 2013, in West Chatham, Massachusetts, USA. She was 87 years old when she passed away.