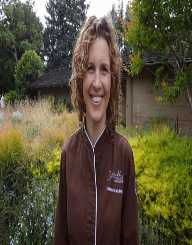 Pastry chef and television personality Candace Nelson was born on May 8, 1974. He grew up in Indonesia. Nelson’s love and talent for baking run in his family. Her French-American grandmother was known for her desserts at a San Francisco restaurant in the 1930s.

Nelson attended the Wesleyan University and graduated in 1996. She went on to study at Tante Marie’s Professional Pastry Program in San Francisco. Before entering the baking business, Nelson was an investment banker. After the dot-com bust in 2001, she decided to focus on baking. Nelson developed a custom cake business from her home in San Francisco. The business later moved to an old-fashioned bakery in Los Angeles. At that point, she only focused on making cupcakes.

In 2005, Candace Nelson and her husband Charles, who was previously also an investment banker, opened their business Sprinkles Cupcakes in Beverly Hills California. The 600-square-foot bakery was the world’s first cupcake bakery. The business sold 2000 cupcakes their first week. Clients described Candace’s cupcakes as a sophisticated take on the classic cupcake. She used the finest ingredients, like butter, Nielsen-Massey Madagascar Bourbon vanilla, and Callebaut chocolate. She also began to create vegan and gluten-free cupcakes, eventually creating even dog-food cupcakes.

The small shop had a sophisticated, minimalistic design by an architect from Vienna. Currently, Sprinkles has 21 locations throughout the United States. Nelson has plans to open several other stores outside of United States, specifically in London and Tokyo. The couple also started a traveling Sprinklesmobile to deliver their produce to clients. In 2007, Candace released a line of cupcake mixes, which are sold in her stores and Williams-Sonoma stores in the United States and Canada. Many celebrities have named her cupcakes as their favorites, including Oprah Winfrey, Ryan Seacrest, Barbara Streisand and many others.

From the very beginning, Nelson has made groundbreaking innovations in her business. As an example, in 2012, she opened the world’s first Cupcake ATM in Beverly Hills. The second ATM was opened in Dallas, and later several more appeared. The ATM dispenses cupcakes and dog cupcakes 24 hours a day and is continuously restocked with freshly baked cupcakes. The ATM can hold 600 cupcakes. The same year, Nelson also opened a new dessert brand -Sprinkles Ice Cream, located next door to her Beverly Hills bakery. The shop is known to serve unique flavors, such as red velvet, salty caramel, salted oatmeal and peanut butter pretzel chip. The shop also has an ice cream cart for nation-wide shipping.

In 2009, cable television Ford Network aired the reality competition Cupcake wars. Candace and Florian Bellanger were the main judges, along with a rotating judge. The show ran for one season. Nelson has also appeared on The Best Thing I Ever Ate show and was a judge on Bobby Flay’sThrowdown show.

Nelson and her cupcake business has become widely popular. She has been featured on The Today Show, Nightline, The Martha Stewart Show and also in the People magazine.