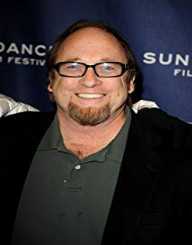 Stephen Arthur Stills is an American folk musician best known as a member of the band Buffalo Springfield and Crosby, Stills, Nash & Young. Stills' professional career started with Buffalo Springfield, composing some of the band’s hit songs including “For What Its Worth." He also contributed to songs likes "Rock & Roll Woman" and "Sit Down; I Think I Love You." After the disbandment of the band, he joined Crosby, Stills & Nash (CSN), with members including Graham Nash and David Crosby.

Aside from composing much of the band’s songs, Stephen Stills also served as a guitarist and keyboardist on their debut album. The album became very popular winning them the Grammy Award for Best New Artist and sold over four million albums. Their second album Déjà Vu was also a huge success. Stills made a solo debut by releasing a self-titled album, which earned gold classification and contained hit singles like “Love the One You’re With.” Stills was inducted into the Rock and Roll Hall of Fame for his work with Buffalo Springfield and CSN, becoming the first musician to the inducted twice on the same night.

Stephen Arthur Stills was born on January 3, 1945, in Dallas, Texas to Talitha Quintilla (Collard) and William Arthur Stills. Born into a military family, he moved around with his parents to different places during which he gained interest in folk music and blues. Stills also had a strong appreciation for Latin music as he spent his youthful years in some Latin areas including the Panama Canal Zone, Tampa, Florida; and El Salvador among others.

He received education from Admiral Farragut Academy in St. Petersburg, Florida and continued at Saint Leo College Preparatory School in Saint Leo, Florida. He enrolled at the Louisiana State University but later dropped out to pursue a career in music.

After dropping out of college, Stephen Stills played with bands like Continentals and performed as a solo artist at Gerde’s Folk City. He later joined the nine-member vocal harmony group, Au Go Go Singers, which performed at the famous Café Au Go Go in New York City. Members of the group included future Springfield bandmate Richie Furay. The band released its first album in 1964 and disbanded the following year.

A career with Buffalo Springfield

Stills reunited with Richie Furay and another former bandmate Neil Young to form the band Buffalo Springfield. The band released the self-titled debut album in 1966 and followed it with the two others Buffalo Springfield Again and Last Time Around. Stills composed the band’s major hit single “For What Its Worth” with “Sit Down, I Think I Love You" achieving minor success.

Stephen Stills released a self-titled solo album in 1970 featuring musicians including Eric Clapton, Ringo Starr, Jimi Hendrix, Rita Coolidge, Booker T. Jones, and Cass Elliot. It also featured CSN members. The album produced U.S. No. 14 hit single "Love the One You're With.” He followed it with second album Stephen Stills 2. In 1971, he formed the band Manassas with former Byrd member Chris Hillman. They release a self-titled album soon after. Their second album Down the Road was released in 1972.

In 1974, he signed a recording deal with Columbia Records on which he released three albums, Stills, 1975, Illegal Stills, 1976, and Thoroughfare Gap in 1978. He released Right By You, 1984, Still Alone, 1991, Man Alive!, 2005, and Can’t Get Enough, 2013. He was inducted into the Rock and Roll Hall of Fame for his work with CNS and Buffalo Springfield, becoming the first musician to be inducted into the hall twice in the same night.

Stephen Stills married singer-songwriter Véronique Sanson on March 14, 1973, with whom he had a son Christopher. The couple divorced in 1979. His second marriage was to Thai model Pamela Anne Jordan and had a daughter, Eleanor. On May 27, 1996, he married Kristen Hathaway.

Before his marriages, he had a relationship with musician Judy Collins for whom he wrote the song “Suite: Judy Blue Eyes." He also dated singer-songwriter Nancy Priddy and later Rita Coolidge. Stills has a son Justin Stills with Harriet Tunis. He also has two other sons Henry, Oliver Ragland and daughters Alex and Jennifer.