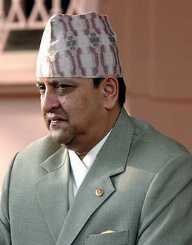 Birendra Bir Bikram Shah was a former King of Nepal born in December 29th, 1945. He became the 11th king of Nepal in 1972 and held the position till the time of his death.  He was best described as an emotional person even during his school days. According to the people of Nepal, he was among the best kings ever in Nepal. He is best remembered for greatly advocating for democracy among his people. He toured many countries during his early life. Some of these countries include but are not limited to Africa, Asia, and Latin America.

Birendra Bir Bikram Shah was born in December 29th, 1945. His place of birth was in Narayanhity Palace in Nepal. He was the first born son to King Mahendra Bir Bikram Shah Dev and Indra Rajya Laxmi Devi. His father was a crown prince and his mother a crown princess. After him, his parents had three other children: King Gyanendra then Prince Dhirendra and Princess Shobha. He had two elder sisters: Princess Shanti and Sharada. He learnt to be a helicopter pilot when he was still young.

Birendra Bir Bikram Shah attended St. Joseph College for his studies. This was a Jesuit school in Darjeeling situated in India. He completed his studies in the school after eight years. When King Tribhuvan his grandfather died in March 1955, he was crowned the Prince of Nepal. He was still in school at the time.

In 1959, Birendra Bir Bikram Shah went to the United Kingdom where he studied in the Eton College. By 1964 he had completed his studies and returned to Nepal. He then went on a tour around his country. In 1967, he shortly studied in the University of Tokyo which is in Japan. In the same year, he also enrolled in the Harvard University situated in the United States. He studied political history for about a year.

Birendra Bir Bikram Shah was crowned king in January 31st, 1972. He had succeeded King Mahendra his father after his death for he was the first born son. There was no existing government at the time hence Birendra had a great responsibility of governing the people of Nepal. He then chose to give s people the democracy he felt they needed. In 1973, he travelled to India then China. Despite foreign influences, Birendra managed to maintain the sovereignty of Nepal.

On February 4th, 1975, Birendra’s coronation as the King of his country took place. He received many guests during the event from many parts of the world. This was when he announced his intention of free education for all students of Nepal.

In 1975, Nepal became a neutral territory declared by Birendra Bir Bikram Shah himself. Political parties were no longer restricted which led to the emergence of many parties. Among the parties was one led by students that wanted the government to change its way of ruling. He officially removed the initial ban over political parties in November 1990. He then established the independent Constitution Recommendation Commission as a way of involving opposition groups to the constitution that had just been formed. In 1996, civil war broke out which lasted till 2006.

Birendra Bir Bikram Shah tied the knot with Queen Aishwarya at a lavish nuptial ceremony. The ceremony took place in 1970. Queen Aishwarya was his 2nd cousin who came from the Rana family. Together they had three children.

Birendra Bir Bikram Shah died in June 1st, 2001 following an assassination at the palace during a family dinner. He died along with other members of his family including his children. Fortunately his brother Prince Gyanendra was not at the dinner. He, therefore, succeeded Birendra as the king of Nepal. King Birendra was 56 years old at the time of his death.