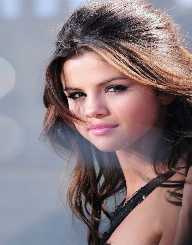 Selena Marie Gomez was born on July 22nd, in 1992. She is regarded as one of the most prominent Disney child artists. While Gomez was still young, she featured in the children’s TV series named Barney and Friends. This was a game changer as she rose to the pinnacles of success after playing the leading role in Wizards of Waverly Place – 2007 to 2012. The success that she gained in this show landed her several roles in the movies. However, she later guest starred in yet another Disney shows including Hannah Montana and The Suite Life of Zack & Cody. Shortly before venturing into music, he starred in Wizards of Waverly Place -2007. Two years later, she went on to release one of her highly rated albums, Kiss, & Tell.

Selena Gomez was born on July 22nd, 1992 in Grand Prairie, Texas. His parents were Ricardo Joel Gomez and Amanda Dawn Cornett. Her mother was a professional actress. Both parents were of different descents as his father was of Mexican origin while individuals of Italian descent adopted the mother. Gomez’s mother gave birth to her while she was still in her teens. She was only 16 years old when she had Gomez. Her parents separated when she was five years old.

In 2001, the young and talented Gomez began her career while playing Gianna in the children’s TV show, Barney & Friends. Two years down the line, Gomez was out of the show and went on to try her luck in other projects. While on the road, she managed to land minor roles in the 2003 movie Spy Kids 3-D: Game Over and later on in 2005 film, Walker, Texas Ranger: Trial by Fire. A year later she was a cast in Brain Zapped.

In 2006, Selena Gomez appeared in a single episode in Disney Show, The Suite Life of Zack & Cody. After her role here, she landed another Disney characterization in Hannah Montana – 2007. In this role, she was played, Mikayla. The same year, things worked out for her, thanks to her extraordinary performance. She landed a leading role in Wizards of Waverly Place- 2007. She played Alex Russo in the hit show that was aired for the next five years.

While her film career was shinning, Gomez took this opportunity to try out music. She at first recorded DisneyMania 6’s cover "Cruella de Vil." Among this was her recording for some of the soundtracks that were used in the film, Another Cinderella Story. This was not all; she sang a song that was used in Tinker Bell.

Gomez decided to take her musical talent to the next level by recording her first album in 2008, Kiss and Tell. This album was released in 2009.

In 2011, Selena Gomez dated Justin Bieber, a famous musician. During the time they were together, their relationship was on and off. In 2016, however, Gomez started dating Samuel Krost. Other celebrities that she also previously dated are DJ Anton Zaslavski alias Zedd and Taylor Lautner.