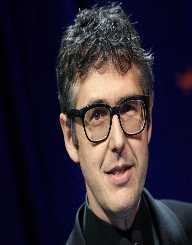 Ira Glass was born on March 3, 1959, in Baltimore, Maryland, USA. His parents are Shirley and Barry Glass.

As a young adult, Ira Glass attended Northwestern University for a short time before transferring to Brown University. He later graduated from this school with a bachelor’s degree in semiotics.

After college, Ira Glass started working in an internship at the National Public Radio (NPR) in Washington, D.C. While working as an intern at the radio station, Glass got to try out most of the types of jobs that the station offered, including writing, announcing the day’s news, and working as an office assistant.

Sometimes, during the late 1980’s, Ira Glass would take over as the station’s radio personality if some of the senior personalities were on vacation or out sick. Eventually, Glass’s guest appearances became so popular that he would take on other segments of the station, including taking on the show “Talk of the Nation.”

In 1990, Ira Glass was invited to co-host “The Wild Room,” a news show on the Chicago Public Radio. He took on the post and worked there for every Friday for several years. In 1995, Glass was promoted at the radio station to host his show on the Chicago Public Radio. He accepted and started to host the show “This American Life,” which aired once a week. He continues to work for this radio station today.

Ira Glass was famous in part for the way his voice sounds. He has an easy-going demeanor as well, which speaks to old and young people alike. He is often credited for great quotes like “We try to dive into the smokey vapor of illusion and myth” and “Great stories happen to those who can tell them.”

Ira Glass does not seem to want to retire from working on the radio anytime soon, and there is no reason to expect that he will. Fans of his are sure to love the lack of news in that department, as they can expect to enjoy listening to him tell the news and his own stories, possibly for years to come.

Ira Glass has also appeared as himself on several other shows, both talk shows, and fantasy shows. These include Late Night with David Letterman, The Daily Show, The Colbert Report, American Dad!, and The Tonight Show Starring Jimmy Fallon.