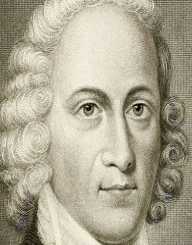 Johnathan Edwards was an American preacher in the 18th century. He was influential in the First Great Awakening in shaping Protestant beliefs.

Johnathan Edwards was born on October 5, 1703, in East Windsor, Connecticut. He was the only son of Timothy and Esther Edwards. His father was a minister in Connecticut.

Johnathan Edwards was destined for greatness at an early age. His father Timothy tutored boys to prepare them for college. He did the same for his son. Johnathan was accepted into Yale College where he started his divinity studies at 13 years old. When he was 17, he graduated at the top of his class. He was influenced by the works of philosophers such as John Locke.

After his ordination, Johnathan Edwards as an assistant at a church in Northampton. In this position, he was able to preach as well as continue the ongoing studies that helped him develop his religious beliefs and philosophies.

When the minister of Northampton died in 1729, 26-year old Edwards became the full-time pastor. The congregation was already large, wealthy, and influential in the colony. His sermons drew in more people, especially during the First Great Awakening, the Christian revival in the 1730s.

Johnathan Edwards published a number of his sermons that he delivered including those delivered in other churches. These sermons were significant to the revival and his beliefs in the sovereignty of God in the work of salvation and the process of conversion in all of its forms.

His most popular sermon was “Sinners in the Hands of an Angry God” in 1741. He also published a biography about American missionary David Brainerd in 1749. This book influenced the missionary work to come in the 18th and 19th century.

Edwards later transferred to a church in Massachusetts in 1751. During that time, he was a missionary to the Housatonic Indians. He took an interest in their welfare and preached to them.

In 1758, Johnathan Edwards' health was declining. However, he was still pursued other endeavours in his career. He was made the president of the College of New Jersey early that year. However, he died within the first month in that role.

The power of Johnathan Edwards' sermons contributed to the Great Awakening. His sermon “Sinners in the Hands of an Angry God” were quite vivid in its description of hell.

Johnathan Edwards married Sarah Pierpont in 1727. She was the daughter of the head founder of Yale College where Edwards studied. The couple had 11 children.

Johnathan Edwards wanted to set the standard of smallpox vaccinations. Even though he was vaccinated, it is believed that his health was already poor and the side effects contributed to his illness and, ultimately, his early death.

As a preacher, Johnathan Edwards believed in helping those who needed help. This included the Housatonic Indians.

Among the timeless sermons and publications written by Edwards, his name is on the first residential college at Yale University.