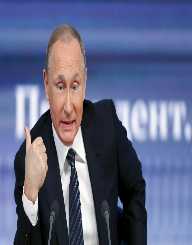 On the 7th day of October in the year 1952, Vladimir Putin was born in St. Petersburg to Maria Ivanovna and Vladimir Spiridonovich Putin. He went to primary school in Baskov Lane, where he attended Primary School No. 193. His middle education was at High School No. 281. He took a liking for martial arts, following a variant called Sambo. He also took time out for Judo.

He was in Leningrad State University by 1970, where he studied at the Law Department and became a member of the Communist Party of the Soviet Union.

His thesis at graduation was titled “The Most Favored Nation Trading in International Law”. His graduation from University was in 1975.

Vladimir Putin rose to prominence having moved through the ranks of several government agencies in the defunct USSR and later, in the Russian Federation.

He came within earshot of power and fame when he moved from KGB to the Russian Federation bureaucracy in Moscow.

His intelligence office years gave him an idea of the inner workings of power while his bureaucratic years in the Moscow presidential office served as a silver lining. Having worked away from the KGB, he got acquainted with the politics of leading people and political power at the directorates he served at the political center of the country.

After Putin left law school, he joined the “KGB”, otherwise known as Komitet Gosudarstvennoy Bezopasnosti. This is the Russian Secret Service arm. And he got trained at the onset of the 1980s in Moscow.

While working at the Directorate Secretariat for the KGB, he was vested with duties at the division that oversaw Counterintelligence Division. He was redeployed to work in Germany between 1985 and 1990 in the eastern flank of the country that was under Soviet control.

By 1996, he made his way to Moscow and moved his family along. He resumed at the Moscow desk as Deputy Chief of the Russian Presidential Property Management Directorate.

In 1998, he was made First Deputy Chief of Staff while remaining at the Presidential Executive Office. He moved on to the Federal Security Service in 1998 and to the position of secretary in the Russian Federation Security Council in the following year.

After Boris Yeltsin resigned from Russian presidency in 1999 and in the month of December, Putin was appointed to act as President. The Russian elections were held in the month of March 2000 and Putin won the polls.

Putin assumed presidency with promises of economic reforms alongside political reforms as well.  He started off on restructuring the affairs and machinery of government in the Russian Federation. This led to widespread corruption crackdown of high networth individuals. He upped the ante in the military campaign the country was waging in the Chechnya enclave

In 2001, he announced the support of his country for America. in the face of the 9/11 attacks. He, however, opposed the ousting of Saddam Hussein by the Americans. He found allies in the French President and German Chancellor, at this time.

Putin won a re-election to the Russian presidency by 2004 and he journeyed to Israel for historic talks with Ariel Sharon in the following year.it was the first visit to Israel by a Kremlin leader.

He passed on the presidency to Dmitry Medvedev in 2006 as a result of term limitations. However, the terms were changed from four to six years during this time while Putin remained Prime Minister for the subsequent four years.

He was back to the Russian presidency in 2012.

The World's Most Powerful Man

For the four years up to 2016, Putin remained atop the Forbes Global Power List. He has been voted the world’s most powerful personality as a result of the influence he has exerted on the world stage.

Russia’s influence has been felt across the globe irrespective of the fall of the old Soviet Union. The reduced competitiveness of the country he leads in commerce has not cut short his reign on this power list and most people agree that he merits the acclaim.

His fingerprint has been seen in the U.S elections, the Crimea annexation, Ukrainian uprising and in Syria. He has consistently ramrodded his desire across the globe over the past four years successfully.

Putin is an Orthodox Catholic who got married to Lyudmila in 1983. They had Maria in 1985 and Yekaterina in 1986. After close to three decades, the couple separated in 2013. They seemed to settle for an amicable divorce.

He is rumored to be dating the Russian gymnast AlinaKabayeva since 2014, but no official word as to its veracity.