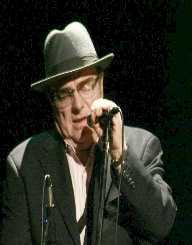 Van Morrison is a music figure known for his originality and experimentation. He brought many innovations into rock music and produced popular albums like Moondance and Astral Weeks. Morrison is also known for his use of multiple instruments to create the music effects he desires.

Van Morrison was born on August 31, 1945, in Belfast, Northern Ireland. His real name is George Ivan Morrison. Morrison’s father had an extensive collection of records, and he began taking an interest in music from an early age of three. By the time he was ten, music had such an enormous impact on him that he wanted to make a career in it.

Van Morrison began his music career with a band called the Monarchs. Soon he branched out and formed a new band called Them. Them, mainly covered songs by other artists before recording their originals. The popular songs from this band include ‘Baby; Please Don’t Go’ and “Don’t Start Crying Now.” With Them, Morrison moved to London and then went on a tour to America.

Soon after, Them disbanded, and Van Morrison decided to pursue a solo career.

Career as a Solo Artist

Van Morrison got more success as a solo artist. He signed a deal with the Warner Brothers, and his song ‘Brown Eyed Girl’ was inducted into the Grammy Hall of Fame. It remains one of the most played songs till today. Morrison’s first solo album Astral Weeks, was a fusion of every genre. He experimented a lot with rock, blues, jazz, and folk. The album received only moderate success on release, but the response picked up afterwards.

Another album, Moondance came out in 1970 and followed a similar fate. When the sales picked up, it went over 3 million copies. For his new album, Morrison shifted to California and recorded This Band and the Street Choir. His song ‘Wild night’ was a major hit. Rather than topping the #1 charts, Morrison’s songs earned him a loyal fan base, and his popularity grew slowly but steadily.

Some of Van Morrison's most famous works came out in the late 1970s and the 80’s. This includes St. Dominic’s Preview, Hard Nose the Highway, Veedon Fleece, Transition, Wavelength, Into the Music common one, Beautiful Music, Inarticulate Speech of the Heart, and Irish Heartbeat.

In the new millennium, Van Morrison has performed less frequently, due to aging. His popularity has declined, yet he has a group of diehard fans everywhere. In 2005, Magic Time came out, and Morrison became one of the few artists to have a discography of more than 40 albums. He also released Keep it Simple in 2008.

Van Morrison is a very private person usually avoiding award ceremonies. Even during the performances, he makes little eye contact with the crowd.
He was inducted into the Rock and Roll Hall of fame but decided to skip the ceremony.

Van Morrison married his first wife Jane Planet Minto in 1968. They divorced in 1973. He then married Michelle Rocca. He has two daughters- Shana & Abbie, and a son named Fionn.