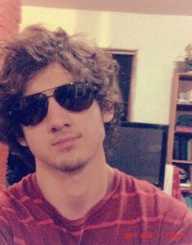 Infamous for the 2013 Boston Marathon bombing along with his brother, Dzhokhar Tsarnaev is a man of Chechen lineage. His family migrated in 2002 from Kyrgyzstan to the United States.

Born Dzhokhar Anzorovich Tsarnaev on July 22, 1993, his family was made up of an older brother and two sisters. His parents were Anzor and Zubeidat Tsarnaev. His older brother, Tamerlan, was his perceived accomplice to the bombings at Boston.

He was born in Kyrgyzstan, in the former Soviet republic. When he was about eight years old, Tsarnaev and his family relocated to Makhachkala, Dagestan in the Russian Federation. The year following their move to Dagestan, Dzhokhar along with his parents went to America on a 90-day tourist visa. In the US, his father applied for guaranteed protection as a refugee. This process is otherwise known as political asylum, a common action taken by refugee citizens. Anzor feared that he and his family will be persecuted due to their involvement with Chechnya.

His brother Tamerlan, who was left under the care of an uncle in Kyrgyzstan, followed suit and moved to the States two years later. The family lived in Cambridge, Massachusetts. His father found work as a backyard mechanic and his mother a cosmetologist. With all their children present in the US, the couple filed for political protection for all four children and they managed to gain it in due time.

In 2007, the family became naturalized citizens of the United States except for his older brother. At the time, Tamerlan was under investigation which put a hold on his citizenship processing.

Enrolled in the University of Massachusetts Dartmouth, Tsarnaev initially took marine biology. He intended to be a dentist but shifted to nursing instead. Tsarnaev did not have any disturbing behaviors or characteristics in him that foreshadowed his criminal actions. His father Anzor was a traditional Muslim and shunned any religious extremism. An active young man, he attended Cambridge Rindge and Latin School and was engaged in various activities and did well in his schoolings. Occasionally, Tsarnaev volunteered at Harvard University as a lifeguard.

That fateful day, the city of Boston held its annual 117th marathon on April 15, 2013. Comprising of 23,000 participants alone, excluding the number of the crowds who anticipated the events, two homemade bombs exploded at a sidewalk near the finish line with an interval of 12 seconds and 190m apart. The explosion killed 3 people and injured 264 others.

Spectator Jeff Bauman was avidly waiting for his girlfriend her friends at the finish line when the bomb detonated. Bauman lost both of his legs and had to undergo surgery. Upon waking up from surgery, he was interviewed by the FBI and gave a description of Tamerlan Tsarnaev.

From the descriptions, the local authorities managed to narrow down the search and later identified both suspects. 5 days after the event, the police released the photos of Tsarnaev and his older to the public.

Upon the release of the suspects' photos, police were later called in at the campus of Massachusetts Institute of Technology. Sean Collier, a university police officer was shot which led the media to believe that the brothers were responsible for this Collier's shooting.

Police managed to track the Tsarnaev brother's activities when they carjacked an SUV and robbed the owner. The owner who fled the scene managed to contact local authorities that started a local manhunt for the two.

The early morning of April 19 at Watertown, authorities found the stolen SUV and a Hondo being driven by the brothers. A shootout ensued injuring both brothers. Tamerlan was arrested while Dzhokhar was reported to have driven the car towards the police, dragging Tamerlan underneath the tires. Tamerlan died later at the hospital that day while Dzhokhar managed to drive off before abandoning the car half a mile and traveled on foot. Later in the evening of the same day, Dzhokhar was discovered and arrested. He was found hiding in a boat at Watertown and admitted to the ICU of Beth Israel Deaconess Medical Center to treat his injuries.

A note was discovered later in the boat where Dzhokhar hid. In the note, he justified the actions for the bombing as compensation for America's military response to against innocent Muslims in Iraq and Afghanistan. It was later used as evidence for his trials.

On June 24, 2013, he was sentenced to 30 charges, with four of those accounting to murder and usage of a weapon of mass destruction (WMD). The following month of July, he pleaded not guilty to all 30 charges in a federal courtroom hearing in Boston.

The death penalty was abolished in Massachusetts in 1984 but legal prosecutors pushed for Tsarnaev's on January 30, 2014. Out of the 30 charges, 17 pushed through making him eligible.

Tsarnaev, now held at a maximum security penitentiary in Colorado, is appealing for his death penalty charges.

In August of the same year, American magazine Rolling Stone was caught in the fire for using Tsarnaev's photo as the front cover of their monthly issue. With the title "The Bomber" in bold letters in what is considered to be charismatic. This led to an enraged public and boycott of the magazine.

Despite the controversy, Rolling Stone's issue with Tsarnaev as the cover was hailed the "Hottest Cover Of The Year" by Adweek magazine on December 2013.

The Tsarnaev's family had consistent run-ins with the law. Dzhokhar's two sisters, Ailina and Bella, also had their share of troubles with the local authorities.

Dzhokhar's mother, Zubeidat, is a known fugitive who's known to be back in Russia. Zubeidat fled America in 2012. Aside from charges of destruction of property and felony charges, she has been arrested for allegedly shoplifting $1,600-worth of clothes at a women's clothing shop on June 2012.