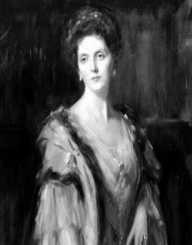 Emily Post was born on October 27, 1872. She was an American author. She was renowned for etiquette writing and foundation of The Emily post Institute. She died at the age of Eighty Eight years.

Emily Post was born Emily Prince on October 27, 1872, in Baltimore, Maryland, United States. She was born to Bruce Price and Josephine Price. She attained her education at home in her early years. She later joined Miss Graham’s Finishing School, New York.

Emily Post began her writing career soon after his children were big enough to join high school. She started by writing magazines such as ‘Harper’s,’ ‘Scribner’s’ and ‘The Century.’ She later wrote newspaper articles on architecture and interior design. In 1904, she wrote the novel ‘Flight of a moth.’ In 1905, she wrote ‘Purple and Fine Linen’ novel. In 1908, she wrote the novel ‘Woven in the Tapestry.’ In 1909, she wrote and published her novel ‘The Title Market.’

In 1910, she wrote ‘The Eagle’s Feather’ novel. In 1916, she wrote and published the novel ‘By Motor to the Golden Gate.’  She later wrote various travel books. In 1922, she wrote her first Etiquette book titled ‘Etiquette in Society, in Business, in Politics and at Home.’ The book brought her fame and fortune for it had the highest sales. She later wrote for Bell Syndicate a column of good taste. In 1946, she founded ‘The Emily Post Institute’ which to date continues performing her works.

In 1982, Emily Post got married to Edwin Main Post with whom she had two children Edwin Main Post Jr. born in 1893 and Bruce Prince born in 1895. In 1905, she divorced him due to his side affairs. She died on September 25, 1960, at her apartment in New York City, New York, United States. She died at the age of Eighty Eight years.