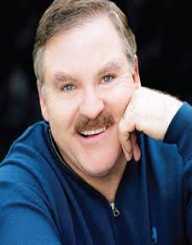 James Van Praagh is an American writer, producer and a media figure best remembered for his inclined spiritual books. His book Taking to Heaven is the New York Times best-selling book.

James Van Praagh was born in New York on 23rd August 1958. He is the last born child of four children. He was raised in a family of Catholics. As a child, Praagh was an altar boy, and he attended the pre-seminary at the age of 14. He later left the seminary after a disagreement in ideology.

Praagh claimed that he encountered God at one point in his life and he told him to go and find God in the outside world since He was bigger than the four walls of a church. In 1985, his mother passed away. Praagh still visits her grave in what he claims he seeks advises from her despite her death.

After completing his high school education, he enrolled in St. Francisco State University majoring in Broadcasting and Communication.

After completing his degree, James Van Praagh moved to Los Angeles where he discovered his passion for spirituality after a visit to medium Brian Hurst.

He began his journey of allegedly communicating with spirits of the dead by giving psychic readings. He later published two of his bestselling books Reaching to Heaven and Talking to Heaven.

His appearance in favorite shows such as Larry King and Oprah Winfrey increased his popularity .in one of its show, CBS aired a miniseries based on his book Living with the Death.

Most of his work is centered on his belief that people never die; people who are dead come back in different forms. James Van Praagh believes that there are many levels of heaven and the level we get to depend on our deeds on earth.

James Van Praagh worked with The Compassionate Friends, a charity organization that aimed at helping people who lost their children. Praagh is also responsible for writing various blogs like The Huffington Post.

James Van Praagh wrote numerous books that have been translated into many languages and sold in millions.

His book Talking to Heaven is a story Praagh recounts his encounter with the death. It was the number one seller books according to the New York Times Bestseller list.

He published Ghost Among Us in 2008, a book that tried to explain about ghost and details on the spirit world.

He tries to explain an eternal connection between parents and children in his book The Eternal Connection. He gives accounts of what happens to children who die at a tender age. His books were later converted to films that aired in various television shows.

James Van Praagh has publicly declared his sexuality as gay. He married his long-term partner in 1995.