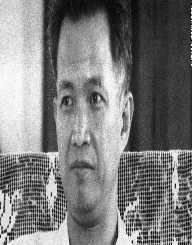 Son Sann was the two-time Prime Minister of Cambodia. He is considered a hero for his efforts to remove the Khmer Rouge from power.

Son Sann was born on October 5, 1911, in Phnom Penh, Cambodia. His full name at birth was Samdech Borvor Setha Thipadei, Son Sann. His parents were originally from Vietnam. His father was a well-ranked member of the government.

His parents sent Sann to France in 1929 to continue his education after his secondary education was complete. Son Sann attended Ecole des Hautes Etudes Commerciales in Paris, France. In 1933 Son Sann graduated with a degree in economics.

After graduation, Son Sann lived in London for a year. When he returned to Cambodia in 1935, his first job was with the French colonial government. In 1941, Son Sann was a part of the team that went to Tokyo, Japan on an economic mission for the country. In 1946, Son Sann was made vice president of the Council of Ministers. Soon after that, he was appointed the Minister of Finance. In 1947, he became the Deputy Prime Minister of Cambodia. During that period, he also founded the democratic party.

In 1950, Son Sann was appointed Foreign Minister of Cambodia. His proficiency in French and English were an asset in his efforts to improve relations within his country and internationally. Son Sann maintained his role as the country gained their independence from France.

In 1964, Son Sann became the head of central bank, the National Bank of Cambodia. He was doing well for himself and was respected for the work he achieved. Son Sann served as Prime Minister from 1967 to 1968 when Prince Norodom Sihanouk ruled the country.

However, a coup revolted against government. Son Sann was placed under house arrest but later fled the country. The Khmer Rouge took power of Cambodia in 1975. Sann was working on his plans for the resistance movement from overseas. In 1979, Son Sann founded the Khmer People's National Liberation Front in opposition with Khmer Rouge. When his resistance group joined with a royalist party in 1982, the new opposing government appointed Son Sann as Prime Minister.

As the leader of the country, he worked toward peace to end the civil war and reunite the country. In 1992, Son Sann formed the Buddhist Liberal Democratic Party. The next year he was elected to the National Assembly where he was made President. Son Sann retired in 1997.

After Son Sann retired from politics, he moved to France to live out the rest of his days.

Son Sann died on December 19, 2000, in Paris, France at the age of 89. Son Sann was the hero of his homeland during a pivotal time in the country's newly-gained independence. He worked for peace and modernized the country with progressive social programs.