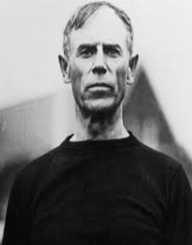 John Heisman was an American football, baseball, and basketball coach and player, and an actor.

John William Heisman was born in the city of Cleveland, Ohio, on October 23, 1869. His parents’ names were Johann and Sara. He spent most of his childhood in Pennsylvania. He graduated from Titusville High School. He got a degree in law from the University of Pennsylvania.

John Heisman played varsity football in high school. He continued with football on the team of Brown University. After that, he played football and baseball at the University of Pennsylvania.

In 1904, John Heisman began working as a coach and as an athletic director at the Georgia Institute of Technology. This was the longest job in his career. He stayed at the university for the next fifteen years. Apart from football and baseball, this was the only time he also coached the basketball team.

From 1920 to 1922, Heisman coached at Penn University. After that, he spent a year at Washington and Jefferson College. From 1924 to 1927, he coached at Rice University, where he also served as an athletic director.

Heisman’s teams were quite successful. They managed to win several championships. Apart from the practical training, he also motivated them with his great and dramatic speeches. He also helped make necessary changes in football techniques.

In 1897, John Heisman created a drama club at Auburn University. He took the lead role in the comedy David Garrick. He also acted in more serious plays. The next year, he appeared on Broadway, in the play Diplomacy.

He also performed in the plays The Ragged Regiment and Caste in Harlem. In 1899, he joined an acting group in Atlanta. He starred in two plays in Georgia, Virginius and Brother John. He joined different acting groups in Florida and Mississippi. He starred in various plays, including the romance Camille.

In 1903, John Heisman started his acting group called the Heisman Dramatic Stock Company. They performed in North Carolina, Alabama, and Georgia. By 1908, it grew into the Heisman Theatrical Enterprises.

In 1903, John Heisman married an actress named Evelyn McCollum Cox. Through her, he had a stepson named Carlisle. They divorced in 1918. In 1924, he married Edith Maria Cole, an old friend of his.

John Heisman passed away on October 3, 1936. He suffered from pneumonia. He died in New York City, but he was buried in Rhinelander, Wisconsin.

In 1954, John Heisman was inducted into the College Football Hall of Fame. The Heisman Trophy is given to distinguished players of college football. Heisman Street, at Clemson University, and Heisman Drive, at Auburn University, are named after him. There is a bust of him at Jordan-Hare Stadium and a statue at Rhinelander Airport.