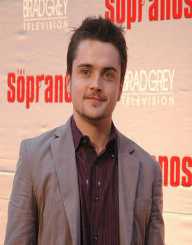 Robert Michael Iler was born on March 2, 1985, in New York. He is of an Irish descendant. His acting career happened by accident. While on an outing with his father, a manager discovered him and since appeared in some television commercials.

Iler first TV commercial was for Pizza Hut restaurant chain. Afterward, he started attending auditions and appeared in other commercials. He also had some minor roles in films and appeared on Saturday Night Live. Following several other commercials, he made an acting debut in The Tic Code, 1999 as Denny Harley. Fame finally found Iler with his role as A.J. Soprano on the HBO series The Soprano from 1999 to 2007. He played the

Iler was arrested for armed robbery and possession of marijuana in July 2001. He and his friends robbed two Brazilian tourists in New York City. Iler denied being part of the robbery, however, pleaded guilty of larceny for which he received three years' probation.