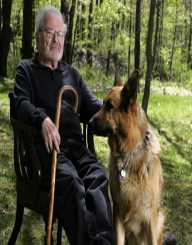 Maurice Sendak was born on 10th June 1928, to Philip and Sadie Sendak. He was born in Brooklyn, New York, in the United States. Sendak was the youngest of three children, with an older brother and sister.

Maurice Sendak was only 12 years old when he decided he was going to be an illustrator. He made his decision after seeing Walt Disney’s Fantasia. Walt Disney had a huge impact on Maurice Sendak as a young boy.

One of Maurice Sendak’s first jobs was with FAO Schwarz, a toy store, where he created window displays.

As far as publishing, he debuted in 1947 with his illustrations in a textbook that was called Atomics for the Millions. He moved on to children’s books and spent most of the 1950s illustrating for others, including his brother Jack who was an author of children’s books.

In 1963, Maurice Sendak wrote and illustrated Where the Wild Things Are. The book drew international acclaim for him, and it was to remain his best known and loved work over the years.

His next big project was in 1966 when he illustratedZiateh the Goat and Other Stories, written by Isaac Bashevis Singer. The book won a Newbery Honor.

Along with his writing and illustrating, Maurice Sendak moved into producing animated television productions. He was on the National Board of Advisors of the Children’s Television Workshop, where he met Jim Henson and worked with him on one of his animations.

There have been several exhibitions through the years of his work, including a Memorial Exhibition in 2013 at Bowers Museum of California, and a celebration of his work at the Society of Illustrators in New York.

Maurice Sendak received many awards and honors for his work, some of which include:

Maurice Sendak’s partner from 1957 through to 2007 was Eugene Glynn. They were still together when Glynn died in 2007.

Glynn was a psychoanalyst, and after his death, Maurice Sendak donated one million dollars to the Jewish Board of Family and Children’s Services in Glynn’s memory.

The Rosenbach Museum and Library in Philadelphia had over 10,000 pieces of work from Maurice Sendak, which he had loaned to the museum in 1968. Some of the works were on display from 2008 to 2009.

It was a surprise to many that the museum couldn’t keep the works after having them on loan for so many years.

Sendak had stipulated in his will that the works were to remain the property of the Maurice Sendak Foundation. The representatives of his foundation took back the works in 2014, with the intention of creating a museum in his hometown, which is also where the foundation is based.

The Rosenbach went to court contending that many of the rare works had been left to them in Maurice Sendak's will, but the judge awarded in favor of Maurice Sendak’s estate.