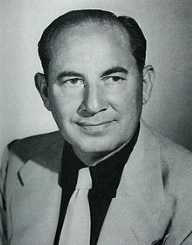 Gummo Marx was an American actor, theater agent, and innovator.

Gummo Marx was born Milton Marx in New York. Though documented historical records concur on his birthplace as Manhattan, they differ on his date of birth. The American census in 1900 recorded his date of birth as 1892, while his grave dates it as 1893. Majority historians agree on the former date 1893. His parents Sam and Minnie Marx were immigrant Jews from France. His siblings were Chico, Harpo, Groucho, and Zeppo.

He went on the acting stage earlier than his older brothers. He performed in his first appearance with his in 1899, aged six. In the play, Gummo adorned a paper machie headgear attached to a masquerade costume. He posed as a dummy with his uncle as the sculptor. The mimicking play brought out a synergy between the two actors as Gummo had a stammer, while his uncle had deafness.

Although he went onto the acting earlier than the other four brothers, Gummo is rarely remembered as an actor. He never liked performing on stage. He followed his brothers during performances and took minor roles in their plays. He appeared in three acclaimed plays The Four Nightingales, The Six Mascots, and Fun in Hi Skule. Just when the Marx Brothers were being recognized in the theatre world, the WW1 broke out. Gummo enlisted to join the US army.

His brother Zeppo replaced him. Gummo was stationed in the US during the war. When the war ended, he left the military. He created a commercial business venture selling clothes and raincoats. He returned to the entertainment world as an agent in a talent agency. He became the managing agent for his brothers' group, the Marx Brothers. He secured lucrative performance shows during his tenure as the head agent of the Marx Brothers.

As the managing agent, Gummo helped the brothers produce memorable performances like Mr. Green’s Reception, and On The Mezzanine Floor. They produced Home Again which never pleased the market. In 1924, the brothers produced their best play titled I’ll Say She Is. In 1929, The Marx brothers went into film production. They adopted their Broadway production the Cocoanuts into their first film cast. The film was followed by another Broadway adaptation Animal Crackers. The brothers cast their last Broadway stage adaptation in the film A Night at the Opera. In their entertainment career, they produced 13 films in their acting career under the agency of Gummo.

When the brothers disbanded, Gummo managed his brother Groucho. He introduced him to the world of television acting. Groucho started casting in the television show The Life of Riley. He also appeared on the host of the educational show You Bet Your Life. This series aired in the 1950s and was highly appreciated by the public. Gummo managed other actors and upcoming playwrights in addition to overseeing his business.

Though not acclaimed, Gummo wrote and directed plays and television casts. He signed a few contracts with his partners. He believed in the self-regulation of the market forces. He often left for another opportunity if the present one was not conducive to the partnership.

In early 1919, He created a cloth packaging rack. The rack which seemed like an incomplete box had four sides. After a period of improving sales, he patented the innovation on October 28, 1919. He continued selling the rack to home builders and interior designers. As time went by, he abandoned the trade. The US authorities curtailed the cutting down of trees in a bid to preserve the natural environment. When the prices of timber went up, he abandoned the cloth rack business. He maintained his patent rights.

On March 16, 1929, Gummo married Helen von Tilzer. They welcomed their only son Robert in 1930. He stayed with his wife until his death.

Several theories have emerged as to how Milton Marx got the nickname Gummo. Some explain that he had a creepy tendency of sneaking into the backstage during performances like a proverbial gumshoe. Gumshoe meant a stealth detective in the street language of New York.

Some family members cite his health as the originating factor of the nickname. He preferred to wear rubber shoes popularly known as gumshoes to protect his feet from weather conditions. His brother Zeppo gave a contrary opinion. He recalled how Milton liked chewing edible gum. He eventually got the name from the habit.

In whatever way he got the nickname, the Gummo name stuck for his entire lifetime.

On April 21, 1977, Milton Gummo Marx died at home in the Palm Springs area of California at the age of 83. The official cause of death was given as cerebral hemorrhage. His remains were buried in the Freedom Mausoleum in Glendale, California.

His brother Groucho died four months after, without knowing his younger brother’s death. When Gummo died, Groucho was terminally ill. The family resolved to conceal the information from him. Gummo had the closest friendship with Groucho.

Gummo inspires his descendants into the theater. All his three grandsons Gregg, Chris and Brett became actors.