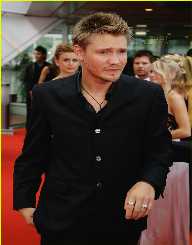 Chad Michael Murray was born in New York in Buffalo on 24th August in the year 1981.  He started along as a performer while he was still about five years old. He was used to performing and singing for his family at such a young age. He has a sister, Shannon and three other brothers and a half-brother. His father worked as an air traffic controller and was called Rex Murray. He was raised by his father after his mother abandoned the family. While playing football in high school, he had an injury that made him a patient at the emergency ward. His nurse advised him to go into modeling instead of high-intensity sports. His school was the Clarence High School in New York,

Chad won a scholarship to a modeling convention from a modeling agency in Buffalo, years on and headed to Orlando. He was picked by a modeling agent who was based in Los Angeles. This was how he got the spark to pursue an acting career.

Chad Michael Murray set out for Hollywood in 1999 and made money to stay afloat by modeling for Tommy Hilfiger, Gucci, and Sketchers. He won a guest role in 1993 for an episode of the series, Diagnosis Murder.

WBS Gilmore Girls were his next port of call in 2000, and he starred as Tristan Dugrey. His charismatic charm and likeability was the hook that gave him the role. His physique was another selling point that fit the role description the scriptwriters angled for at the time. Winning the role was Chad’s big spot, and he leaped at it with all he had got.

After the 1999 showing in Gilmore Girls, Chad Michael Murray was able to hold on to the role that continued beyond the second season. His attributed cuteness and panache was not in doubt in this series as he resonated with the audience with ease. By 2003, Chad starred in the film Freaky Friday along with Lindsay Lohan and Jamie Lee Curtis. The film was a huge box office hit with a grossing above $160,846,332 globally. Chad Michael Murray was on set for Lone Ranger in the year 2003, and this effort was a peep into the life and times of Luke Hartman. This chronicle was one that depicted the life of Luke before his emergence as the Lone Ranger in legend.

A Cinderella Story gave him a role alongside Jennifer Coolidge and Hilary Duff. This movie was a hit and was a commercial success too. He was beside Alicia Keys in the musical video, Un-Thinkable AKA I'm Ready. He played Alicia’s love interest here and scored an NAACP award for the year’s Outstanding Music Video at the 42nd edition. Chad Michael Murray was in the spotlight for Christmas Cupid in 2010, and this was a film that premiered as part of the 25 Days of Christmas by ABC. He was on set with Gil Junger, Ashley Benson, and Christina Milian. He also showed up in a lead role for the 2014 acclaimed Cameron Buck’s film, Left Behind.

Chad Michael Murray is perhaps unforgettable for his role in One Tree Hill. The series set as the teenage sensation was well-acclaimed and got the nod of many TV viewers globally. He also showed up in Dawson’s Creek in addition to Sun Records, Agent Carter, and Chosen. Chad is always spotted with his hemp necklace which was given him to him as a keepsake by his father. He is a follower of the Buffalo Bills and rates Catcher in the Rye by J.D Salinger as one of his best books.

On the social cause, he has highlighted the challenges faced by kids growing up across America and believes they should get a shot at living their dreams.

Chad was again on the dais in 2008 when he won Choice TV Actor in the Drama category as a result of his role in One Tree Hill series. The winner of this award is usually based on the votes by teenage viewers on a yearly basis and is carried on Fox Network. His list of admired talents and inspiration include Al Pacino, Sean Penn, Edward Norton, Robert De Niro and Leonardo DiCaprio.

In the year 2005, Chad Michael Murray married Sophia Bush, but the union ended after a year. He hooked up with Kenzie Dalton after that but called off the marriage after seven years.

Chad Michael Murray also dated Nicky Whelan for the next six months before marrying Sarah Roemer, who was his co-star in Chosen. They married in 2015 and had a child in June of the same year.