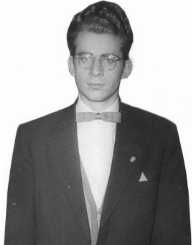 Boris Vasilyevich Spassky was born 30th January 1937, to VasiliSpassky and Ekaterina Spasskaya. He was born in Leningrad, Russian SFSR, in the Soviet Union. His father served in the military, his mother was a school teacher. At the age of five, Spassky learned to play chess. He was on a train at the time, fleeing from the second world war, part of which was being fought in Leningrad.

In 1947, at just 10 years of age, Spassky defeated the Soviet chess champion, Mikhail Botvinnik, which drew attention from far and wide.

Spassky was tutored by several master-level coaches, and he spent several hours everyday learning and mastering the game.

He set several records as the youngest Soviet to achieve the following:

In 1952, Spassky came second in the Leningrad Championship.

There are six world champions that Spassky has beaten at least twice, although they weren’t necessarily the world champion when he won.

In 1953, at 16 years of age, Spassky debuted on the international stage. He played a tournament in Romania, and he finished in fourth place.

In 1955, Spassky tied for third place in the Soviet Championships. That same year, he won the World Junior Chess Championship held in Belgium. He also played at Gothenburg and finished seventh. This qualified him for the 1956 Candidates’ Tournament in Amsterdam. He was automatically awarded the Grandmaster title.

Spassky decided to change trainers, and when he moved to his new trainer, Igor Bondarevsky, he immediately saw improvement in his games.

In 1964 he also qualified for the Candidates’ Matches which were to be played in 1965. He continued to play and finish well, and in 1966, as the losing finalist, he gained automatic admittance to the following Candidates’ tournament.

From 1969 through to 1971, he played several tournaments. He won four of them and placed in the top six in three others.

From 1973 to 1985 Spassky continued to compete in tournaments. He won many of them and nearly always placed inside the top ten.

During this period, Spassky moved to France, and in 1978, he became a French citizen. Although he competed for France, there were many who though he had lost some interest in his chess.

Although he competed in the World Cup events in 1988 and 1989, he was clearly no longer in his prime and finished in the middle of the field.

Spassky continued to play, and in 1990 he placed fourth in the French Championship. In 1991, he came fourth again.

Spassky only played intermittently through the 1990s.

In September 2010, Spassky had a stroke which left him paralyzed on his left side. In 2012, he left France and moved back to Russia.

Boris Vasilyevich Spassky held the title of Grandmaster in 1955 and was World Champion from 1969 to 1972.

In 1959, Boris Vasilyevich Spassky married Nadezda Konstantinovna Latyntceva. They had a daughter together, but the couple divorced in 1961.

Spassky’s second wife was Zakharovna Solovyova. They had a son in 1967, the year they married, but they divorced in 1974.

In 1975, he married for the third time. His new wife was Marina Yurievna Shcherbachova. The couple had a son together. Spassky and Shcherbachova were together until 2016.