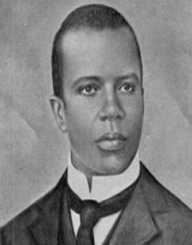 Scott Joplin, also known by many people as the ‘King of Ragtime’ was one of the magical composers of music in his time. This was around the early 20th Century. He was born sometime around the year 1860s along the border of Texas and Arkansas. As a little man, he got an opportunity to graze his fingers over a piano. Therefore, he learned how to play the piano as a child. He was more of a child prodigy of his era.

As time went by, he got to form his musical style by the name Ragtime. Moreover, his performance became a hit with the people of his generation, and soon he shot to fame. One of his famous works was ‘The Maple Leaf Rag’ and the other the ‘Entertainer.’ Among his other magnificent skills were being a songwriter and pianist. Scott Joplin got to be the Guest of Honor and Treemonisha in operas. His untimely death came on the 1st of April. 1917.

The bundle of joy in the form of a boy Scott Joplin was born to a Texan family on the 24th of November 1868. This was along the border of Arkansas and Texas. His family were a troupe of coal miners down in the South and also musicians. Joplin became the second born child amongst the six children that his parents had. Some of his siblings included William, Ossie, Myrtle, Monroe, and Robert. Also, his parents were Giles Joplin was a former slave and Florence Givens who was born as a free woman.

The Joplin family was a musical family. Moreover, the father was a decent violinist while the mother was a good banjo player and a musical singer. So, Scott got to receive his musical talent from home. Scott’s childhood was not an easy one as he was a child of a broken home. Giles Joplin at one point left his family to move in with another woman. Therefore, he neglected all the parental responsibility of their many children to Florence. The mother had to compensate her efforts by doing housework.

The father wanted Scott to join manual laborers so that they could add the family’s income. However, Scott’s ambition was in school and his music. So, his mother gave him the support that he needed. Therefore, he would learn the music and play piano from Julius Weiss. Some of his teachers would also help him harness his talent. So, with the help of Weiss Scott got to learn a lot of musical forms. Weiss even helped Scott's mother buy a used piano for the boy. After that, Scott was able to compose and perform his music.

Life as a Musician

In his teens, Scott was performing in many local functions. Therefore, with the confidence that he had gained over time, he decided to go out on the road. The life of a laborer was not for him anymore. There is a blurred moment in how he managed to move about in 1880. However, Scott got an opportunity to record music in 1891 alongside the Texarkana Minstrels in July. During this period he worked a lot with the church.

Two years later, while Scott was at a World Fair in Chicago, he got to form his band. However, at the time there was little that he could do as a musician. The fair had a limiting policy for the involvement of the blacks. However, all this did not dampen his spirits. Despite all the negativity, he got a chance to perform. Moreover, his music was a hit with the crowd, and they loved him. This fair was the breaking ground for his Ragtime music.

The Move to Missouri

The family of Arthur Marshal opened their doors to Scott in the year 1894. Arthur would later be one of Scott’s student and later a composer as well. Scott stayed in Missouri for some time and then later he decided to settle down there permanently in 1904. During this time he got to form his music group, the Texas Medley Quartet. Through the group, he got to record and to publish his musical composition. Also, when the lads from New York heard them play, they helped him record his songs. The songs were, A picture of Her Face and Please Say You, Will. While staying in Missouri, Scott offered piano and composing lessons to many young talents.

As time went by, Scott got to meet a beautiful lady by the name Belle. Belle was the sister-in-law to one collaborator Scott Hayden. However, Scott Joplin fell in love and decided to make a proper woman out of Belle. So, in the year 1899, the couple got to tie the knot. The marriage did not last because when he went to New York, he got married to another woman Lottie Stokes in 1909.

The life of Scott Joplin started to deteriorate around the year 1916. The doctors had diagnosed him with tertiary syphilis that resulted into insanity. So, in 1917, Scott was admitted at the Manhattan State Hospital that was a mental institution. While in the hospital, he died of syphilitic dementia on the 1st of April, 1918. Scott Joplin was only 48 years of age at the time of his death. Scott did not receive any proper burial ceremony because he got buried in unmarked grave. However, sometimes later his grave was given a maker at Saint Michaels Cemetery in 1974.