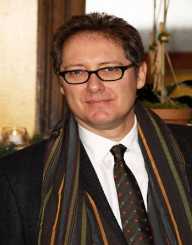 James Spader rose to prominence for his 1980s role film: Sex, Lies, and Videotape. Besides he was made as the crème de la crème of fame when he appeared in films like Pretty in Pink and Lincoln. James received three Emmy Awards when he starred as Alan Shore in Boston Legal film.

James Spader is a 57 years old gentleman who lives in Boston, Massachusetts. He comes with a 5’ 10” height. James is a devoted and friendly person who possess a never give up a soul. He has an entertaining trait that gives him a chance to connect with other people with less effort. Right from his childhood life, James has proved that making friends is one of his best hobbies. Socializing is his best cup of tea. Even then, James loves to discover new endeavors hence traveling to new places is his third hobby. When it comes to career, Spader knows how to remind his inner-self that future has a lot to offer.

On February 7th, 1960 James Todd Spader was born in Boston, Massachusetts in the U.S. His was born to Jean Spader and Stoddard Spader who earned their living as teachers. James joined The Pike School where his mother majored in art. He also joined his father in Brooks School. Before joining New York’s Michael School, James went to Phillips Academy, but he dropped out in the middle. His keen interest in acting led him to New York. It was here that he worked as a yoga instructor, truck loader as well as busboy.

In 1978 to 1981 James appeared in two films that were titled as Endless Love and Team-Mates. The following year he made his debut in television where he appeared in The Family Tree series. From 1983 to 1985 Spader starred in films like A Killer in The Family, Family Secrets, Starcrossed, and The New Kids.

Spider’s success knocked in 1986 when he appeared in Pretty in Pink film. He followed it up with Less Than Zero, Wall Street, Baby Boom and Mannequin. In 1988 James continued to showcase his talent when he starred in two films thus: Jack’s Back and Greasy Lake. He closed the following year with Sex, Lies, and Videotape where he garnered the Best Actor Award.

From 1990 to 1996 James appeared in different roles such as a widower in White Palace, a poker player in The Music of Chance, and an art historian in Stargate film. Not to mention he played as a drug addict secret agent in The Watcher film.

In 2013 Spader still, plays in The Blacklist NBC series. The show made him garner the Golden Globe Award as the Best Actor in Television Series. In 2015 James closed his acting deal with Ages of Ultron film.

In 1987 James married Victoria Kheel with whom he had two sons: Sebastian and Elijah. The couple parted ways in 2004. He then dated Leslie Stefanson in 2002 where they were blessed with a son named Nathaneal in 2008. Throughout his career, James has earned several awards. Some of them include The Prime Time Emmy Award, Cannes Best Actor Award in 1989 and Satellite Award in 2006.