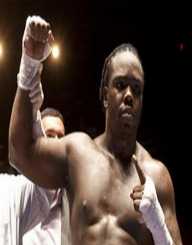 Bermane Stiverne was born 1st November 1978, in Plaine-du-Nord, Haiti. He has eight sisters and five brothers, and he is the youngest in the family.

He turned professional under the promotion of Don King, and his first twelve fights were all won by knockout. He is known for his left hook. Bermane Stiverne has won various titles in the heavyweight division and works out of Las Vegas, where he lives. Out of 28 fights as a professional, Bermane Stiverne has had 25 wins, two losses, and one draw, which is a phenomenal record.

He was diagnosed in 2015 with rhabdomyolysis.