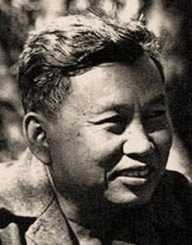 When we talk of dictators, Hitler comes to mind, but there are many others just like him. One of the cruelest dictators of the 20th century was Pol Pot, leader of the Khmer Rouge. During his reign, more than two million people lost their lives, and he took his country back from industrialization to a primitive age of farming and no education.

Pol Pot was born as Saloth Sar to Pen Saloth and Sok Nem in the Kampong Thom province, Cambodia on May 19, 1925. He was the second youngest child of his parents nine children. His early education was in a monastery, and then he was sent to the French Catholic school. He studied radio electronics in France.

This ruthless dictator had a very humble beginning to his career. Pol Pot got a job as a labourer at first. While in France, he was influenced by communist ideas and wanted to bring about a change in his own country Cambodia. So he returned and became the Secretary-General of the rebel group Khmer Rouge.

With the help of the U.S. in 1970, the then Prince of Cambodia was deposed, and a new government was formed. While the country was trying to establish itself, Pol Pot saw this as an opportunity to gain power. Five years later, Khmer Rouge gained control of the country, and announced it at Year Zero and shared their vision of building a new Cambodia.

Gaining the support of the masses, Pol Pot decided to eradicate any foreign influence from Cambodia completely. To this effect, he organized mass killings of Buddhist monks, Christians and Islamic missionaries alike, and banned any practice of religion.

Pol Pot also discouraged education and targeted educated individuals. He sent them to work on farms, where they were underfed and overworked. Thousands of people lost their lives due to starvation. Some others were executed. A documentary The Killing Fields shows the mass graves of the victims of the Khmer Rouge, that eradicated about 25% population of Cambodia.

For the four years that Pol Pot was in power, he projected himself as the Messiah of the uneducated and banned money and private property. He also forced arranged marriages.

Pol Pot was suspicious of Vietnam and his forces carried out anti-Vietnamese activities regularly. Fed up with this, Vietnam declared war and entered Cambodia in 1978. It was then that his atrocities were revealed to the entire world. Pol Pot fled into remote areas and lived in hiding.

In 1997, after Pol Pot ordered the murder of one of his subordinates, he was tried and put under house arrest.

Pol Pot died on April 15, 1998, due to natural causes in Anglong Veng, Cambodia. Till his death, he showed no remorse for his genocidal activities and the horror he unleashed on his countrymen.

Pol Pot was as ruthless and tyrannical in his personal life as he was in politics. His first wife Khieu Ponnary married him in 1956. They met in France. Ponnary lost control of her mind and died in the 1980s. He then married for a second time to Mea Son. He has a daughter, named Saloth Sitha. Pol Pot was an atheist in his life.