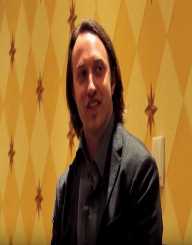 Chad Hurley embraced the Technology world when he joined PayPal and eBay community. It was here that he designed the said company’s logos to the latter. He rose to fame when he founded the video sharing glut-YouTube.com. He partnered with Steve Chen with whom he met at PayPal. If you didn't know, he is the brain power behind the sharing and tagging in YouTube. Read further to understand more about Chad’s successful endeavors.

On January 24, 1977, Chard Meredith Hurley was born in Birdsboro, Pennsylvania, Reading to Joann Hurley and Don. Chad is the youngest child of three elder siblings. At his tender age, he showed a keen interest in the field of arts. Chad joined Technology Student Association at the Twin Valley High School. From 1992 to 1994 Chads made his school proud by taking the first prize in cross country’s program. He completed his secondary education in 1995 where he attended Indiana University of Pennsylvania. He graduated with Bachelor of Arts in 1999.Being an outstanding artist, Hurley was known for his sketchy illustrations and graphics. Besides, Chad had an entrepreneurial skill that made him set up a small shop in his hometown.

Before YouTube came to limelight, Chad worked at PayPal. It was lucky for him since he saw the company through a wired magazine where he opted to give it a try. He communicated with the organization through email where he sent his job application. It was here that he was invited for an interview and he was tested with the new logo of the company. Within minutes, he did his best, and he landed a graphic design job at PayPal. It was also here that he met Steve Chen. After few years, Hurley moved to Silicon Valley where he served as a consultant.

Early in 2005, Chen invited Hurley to his home where he had held friends party. Like good friends, they opted to record the event with a digital camera and camcorder. But something went wrong where they found it hard to share videos and pictures due to files size. Without further ado, Chad and Chen came up with an idea where people would be able to share and tag others with less effort. They founded Flicker website which in turn gave birth to YouTube.

In one years’ time, YouTube hit the large target, unlike other online platforms. It was ranked as the 10th most visited site in the globe. In 2006 it was announced as the first rank in Google search. But lots of people didn't know who was behind all the fame and hard work. He and Chen made sure that they have dipped their feet in cold water just to make sure that the site was hailed far and beyond. In 2010 Chad resigned as the CEO of YouTube, but he remained as the chief advisor to the company.

In the mid of 2013, Chad and Chen founded another company- MixBit. The site helps users to edit videos using smartphones. He still acts as the CEO to date.

From 2007 to 2010 Chad has received several awards including Webby Person of the Year, GA Vanguard Award as well as Streams Visionary Award. Chad has made several investments such as the Major Soccer Leagues Los Angeles Football Club. Allow me to call him a young billionaire who comes with a priceless heart that is willing to succeed at anything. Chad is very keen when it comes to his personal life. He married Kathy Clark in 2000, and the couple was blessed with two children.