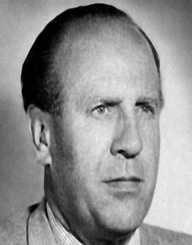 Oskar Schindler was a German industrialist who saved many Jews from being prosecuted by the Nazis.

Oskar Schindler was born in the town of Zwittau, Austria-Hungary, on April 28, 1908. His father, Johann, was the owner of a business for farm equipment. His mother, Franziska, was a homemaker. He had a younger sister named Elfriede. After finishing primary and secondary school, he attended several trade schools.

He initially began working in his father’s company. After that, he worked on different business ventures. In 1936, he became a spy for Abwehr, the intelligence service of Nazi Germany.

His job was to collect information about military activity and infrastructure in Czechoslovakia. In 1938, the Czech government arrested him for espionage, but he was soon released. The next year, he became an official member of the Nazi Party.

In 1939, Oskar Schindler moved to Krakow, Poland. He leased an enamel factory that was owned by several Jewish businessmen. He started to produce cooking items which he sold to the military.

At first, he employed Jews at the factory because they were cheaper than Polish workers. Soon, he started to feel sorry for them genuinely. He protected them by claiming that they were essential for his factory. He also often bribed Nazi officials.

Nazi officers started to chase Jews out of their homes, killing them on the streets, and sending them to concentration camps. Using his connections, Schindler managed to build camps in his factory where the Jewish workers could be safe.

Oskar Schindler created kitchens, dining rooms, and sleeping areas. He was arrested twice for his black market activities and his briberies. Both times, he was released after a few days. He was also briefly detained for kissing a Jewish girl on the cheek. In 1943, he traveled to Budapest. He reported the Nazi mistreatment to the Jewish resistance movement.

In 1944, the Russian army started to close down factories in the eastern parts of Germany, sending the Jewish workers to the concentration camps.

Schindler used his connections and bribery to relocate his factory to the village of Brunnlitz. He created a list of 1200 workers that were supposed to be transported to the new location. Hundreds of them were caught and sent to Auschwitz and Gross-Rosen, but he managed to save most of them.

When the war ended, Oskar Schindler ran from the Russians. He lived in several cities in Germany. He was afraid of being prosecuted as a war criminal because of his connections to the Nazi Party. He was saved by the testimonies of several people who confirmed his role in protecting Jewish people.

In 1949, he moved to Argentina, where he opened a farm and raised animals. He moved back to Germany in 1958. He started many businesses, but they were not successful. He spent the rest of his life living from the donations that were sent to him by Jewish organizations.

Oskar Schindler passed away on October 9, 1974. He was buried on Mount Zion in Jerusalem.

In 1928, Oskar Schindler married Emilie Pelzl. She was also very active in the rescue efforts. He stayed married to her his entire life, although they often lived apart. He had many affairs with other women. He had a son named Oskar Jr. and a daughter named Emily with Aurelie Schlegel, his friend from high school.

Oskar Schindler and his wife were named Righteous Among the Nations, an award given by Israel to non-Jews who helped Jews during the war. He received a few other awards, including the Order of Merit of Germany.

Several filmmakers from Germany, Austria, and the United States wanted to make films based on Schindler, but those projects did not come to life. In  1982, the Australian writer Thomas Keneally published a novel called Schindler’s Ark. In 1993, director Steven Spielberg made the film Schindler’s List. It won seven Academy Awards. The leading role was played by Liam Neeson.