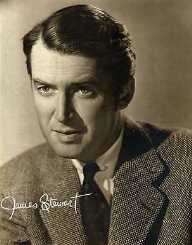 Jimmy Stewart was an award-winning actor of his time. He was born on the 20th of May 1908. Moreover, he managed to bag many awards during his time with the motion pictures. In addition, he also had a full military career on the side. He is remembered for his role in the Murder Man (1935) a film that gave his career limelight.

He did other work with Frank Capra films including, Mr. Smith Goes to Washington in 1939 and won an Oscar Award for his role. Jimmy also did the film It’s A Wonderful Life in 1946 while on loan to the Columbia with Frank Capra, and it later became a Christmas classic.

James Maitland Stewart got born on the 20th of May, 1908 in Indiana, Pennsylvania to Elizabeth Ruth and Alexander Maitland. He was the eldest child of the three children with two lady siblings Virginia and Mary Stewart. His father expected his son one day taking over from him as the patron of the store he owned.

Jimmy Stewart grew a liking to the performing arts while he was a very young boy. His father, however, was not supportive of the idea. One day one of his father's friends bought him an accordion which he practiced on. During his summer break, Jimmy would take up work like brick loading and being a magician’s assistant to make his cash.

Jimmy Stewart went to the Mercersburg Academy for prep school and graduated in 1928. During his time in school took up many sports including football and track competition and he excelled in them. His father crashed his dreams of being a pilot temporarily by saying that instead of the United States Naval Academy he goes to Princeton University.

Jimmy registered in Princeton in the year 1928 following the instructions of his father. He found his footing in the school and did well in the architecture classes. One of his projects of an airport design drew the attention of his professors and got him scholarships. Jimmy rebuilt his childhood performance dream around this period. He graduated from Princeton in the Year of 1932.

Jimmy Stewart attended the drama clubs of the school while attending the University of Princeton. He joined the Princeton Triangle Club, and his performance there got him another place at University Players till 1932. After school, Jimmy had a humble beginning in the performance industry. He once stated that for two years he only performed for three months as every play he took got scrubbed off. Jimmy got his debut while performing a play called The Farmer Takes A Wife in 1934, thereby impressing a Hollywood agent.

After this door opened for him, Jimmy Stewart got drafted for other film roles. Around this time, he was staying with his friend Henry Fonda. He appeared in several other motion pictures before he could display his prowess in the film, Born to Dance. In addition, he also got to perform in one of Frank Capra production, You Can’t Take It with You in the year 1938. The film won an Academy Award thrusting his career through the roof.

He received his first Academy Award for starring in the movie Mr. Smith Goes to Washington that got featured in 1939. The following year he tucked an Oscar in his belt for the film The Philadelphia Story.

The Great War came in 1941 prompting Jimmy Stewart to serve in the US Army Corp. In the army, he went up the ranks fast. As a result, Jimmy got ranked a colonel due to his hard work by the time the war was ending.  This made him the highest ranked military personnel to appear in pictures and films in history.

Jimmy Stewart met and married his wife Gloria in 1949. Their union was blessed with twin girls. Gloria however, had two sons from a previous life. Jimmy adopted the boys and became their sole guardian after her death in 1994. Her death took a toll on him making him pull out of public life.

Death knocked on Stewart's door on the 2nd of July 1997 at the comfort of his home and the presence of his loving family. Stewart developed a heart condition early in life, and he used a pacemaker to help keep his regular heartbeats. He died at his Beverly Hills house in California. President Bill Clinton, amongst many other Americans, eulogized him.

Over 3000 people including celebrities attended his funeral. During his burial, he was offered the 3-gun salute as result of his service in the USA military as reservist pilot. Stewart’s remains are entombed at the Forest Lawn Memorial Park in Glendale, California.