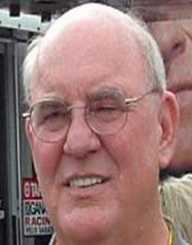 Benny Parsons is an American race car driver who rose to fame when he won the NASCAR Winston Cup back in 1973. Besides being a race car driver, he also served as the host for a number of sports channel and sports broadcasts. As a commentator, he was dubbed as “The Professor” due to his calm manner as a commentator.

He died on January 16, 2007, from complications while undergoing treatment for lung cancer. Prior to his death, he suffered a year before from breathing problems that turned out to be a telltale sign from lung cancer. He underwent treatment and was cleared for the disease however the complications presented itself a year later which led to his admittance at Carolinas Medical Center’s ICU and ultimately led to his death. In 2017, he was inducted at the NASCAR Hall of Fame due to his achievements as a race car driver.

Benny Parsons was born on July 12, 1941, as Benjamin Stewart Parsons in Wikes County, North Carolina. Growing up, Parsons spent his childhood at the Blue Ridge Mountains and attended Creek High School. He was an active football player as a kid but transferred to Detroit, in Michigan upon graduation. In Detroit, Parsons was under the employment of his father who ran a taxi cab company.

With a father involved in the operations of a taxi company, he became naturally interested in automobiles. His other jobs included him as a cab driver and also as a worker at a local gas station in Detroit.

Benny Parsons got into race car driving when was invited at a local race track by his customers at the gas station he was working at. Due to unknown circumstances, the driver for the event did not make an appearance hence Parsons drove in behalf of the driver as a last-ditch effort. Fortunately, the event led him to a life involved in racing until his later years in life.

He entered the world of NASCAR officially in 1964 wherein he executed his first race for Holman-Moody. From there he worked his way up and eventually won the championship title for NASCAR for two consecutive years in 1968 and 1969 then relocated to Ellerbe in North Carolina.


Parsons as the NASCAR Champion

Benny Parsons attained his first championship title in Halifax County 100’s event back in 1971 at the South Boston Speedway. He won again in 1973 at the Winston Cup and is the only race car driver to hold the champion title of both the ARCA and NASCAR championships.

When Benny Parsons retired from the track, he turned to host and commentating instead. He served as ESPN’s sports analyst and announcer for other channels as well such as ABC, TNT, and TBS to name a few.  In 2006, he made an appearance to Will Ferrell’s racing film entitled. Talladega Nights: The Ballad of Ricky Bobby.

Benny Parsons married twice in his life; his first marriage was to Connie Parsons back in 1961 and lasted for 30 years until 1991. He married a second time to a woman named Teresa Kiel a year after he ended his marriage with Connie in 1992. Parsons fathered two sons named Kevin and Keith.