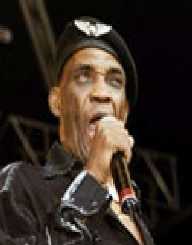 Desmond Dekker was born on July 16, 1941. He was a Jamaican Ska, Rocksteady and Reggae singer. He was also a songwriter and a musician as well. He was renowned for his earliest reggae hit internationally ‘Israelites.’ He died at the age of Sixty Four years.

Desmond Dekker was born Desmond Adolphus Dacres on July 16, 1941, in Saint Andrew Parish, Jamaica. He was born to Jamaican parents. He was brought up in Kingston. He was religiously acquitted. He later moved to the St. Mary’s Parish following the death of his mother. He after that moved to St. Thomas Parish. He started working as a tailor. He later went back to Kingston. He then worked as a welder.

He later grew the interest in pursuing a music career after the influence of his workmates. In 1961, he gave his music career an attempt by auditioning for Studio One and Treasure Isle in which both efforts turned unfortunate. He later auditioned for Beverly’s record label. He then turned successful and was offered a recording contract.

In 1962, Desmond Dekker recorded his first record. He later supported his fellow welder Bob Marley in succeeding in music. In 1963, Desmond’s written song ‘Honor Your Mother and Father’ made a hit in Jamaica hence building up stronger base in his music career. In 1964, he recorded several solo singles which included ‘Parents’ and ‘Dracula.’ He later wrote, recorded and released ‘Sinners Come Home.’ He also released ‘Labor for Learning.’ He later recorded and released ‘King of Ska’ which was his fourth hit.

He later involved four other people including Patrick, Carl, Barry, and Clive as his backup singers hence forming the four Aces. In 1965, he recorded and released ‘Generosity,’ ‘Get up Edina,’ ‘This Woman’ and ‘Mount Zion.’ In 1967, he recorded hits including: ‘It Pays’, ‘Sabotage’, ‘007 Shanty Town’, ‘Rude Boy Train’, ‘Rudy Got Soul’, ‘Hey Grandma’, ‘It’s a Shame’, ‘Wise man’ and ‘Mother’s Young Girl’, ‘Unity’and ‘Mother Pepper’ among others which entitled him to the rude boy title.

In 1968, Desmond Dekker's international hit ‘Israelites’ was released and later made it at the top in the United Kingdom single charts and top ten in the United States Billboard Hot 100. He later released ‘Writing on the Wall,’ ‘Beautiful and Dangerous,’ ‘Shing a Ling,’ ‘Bongo Girl’ and ‘Music  In 1969, he released ‘It Mek,’ ‘Problems’ and ‘Pickney Gal.’ He later became a permanent United Kingdom’s resident. In 1970, he released ‘You Can Get It If You Want.’

In 1972, ‘The Harder They Came’ was released, and it featured some of his hits including: ‘007 (Shanty Town)’ and ‘You Can Get It... .’. He later re-recorded his hit ‘Israelites.’ In 1975, he merged with Bruce Anthony and released ‘Sing a Little Song.’ In 1980, he signed a recording deal with the Stiff Records. He later released ‘Black and Dekker’ album and his re-recorded hit ‘Israelites,’ ‘Many Rivers to Cross’ and ‘Book of Rules.’ In 1981, his album ‘Compass Point’ was released. In 1993, he merged with The Specials and released his album ‘King of Kings.’ He later remixed ‘Israelites’ alongside another reggae artist Apache Indian.

Desmond Dekker married earlier in his life and had two children. He later divorced with his wife and survived with his children till he met his death. He died on May 25, 2006, at his home in Thornton Health in Greater London, England. He died at the age of Sixty Four years.