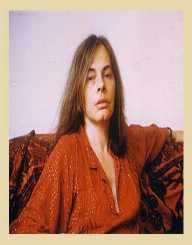 Writer Cristina Peri Rossi was born on the 12 November 1941 in Montevideo, Uruguay into a family of Italian descent. She left Uruguay in 1972 and settled in Spain.

Cristina Peri Rossi studied literature and biology at the University of the Republic, Montevideo, Uruguay.

Initially, Cristina Peri Rossii worked as a teacher in Uruguay while at the same time concentrating on her writing. Her first book, Vivendo: Relations was published in 1963. In 1968 Abandoned Museums won the Arca Publishers Prize for Young Authors. The book centered around politics and found disfavor with the Uruguayan government of the day. Her next book, My Cousins Book (1969) stuck with political issues dealing with guerrilla movements and military oppression. Frightening Signs was published in 1970, and in 1971 she brought out a collection of poems entitled Evohé: Poemas Eróticos. By this stage, she was recognized as a unique literary voice in her homeland but was also drawing increased criticism from political forces in the country, and she went into exile in 1972.

After leaving Uruguay, Rossi eventually settled in Barcelona, Spain and had had a long career as a writer, journalist, and translator. Her work often focuses on political, social and gender issues. During the 1970s she published some books including Description of a Wreck (1975), Diaspora (1976), The Museum of the Useless (1983), The Ship of Fools (1984), Europe After the Rain (1987), About Writing 1990 Barbaric Babel 1991

Cristina Peri Rossi has received some awards including the Premio de Narrativa Arca award for her first book, Abandoned Museums (1968), the Spain Loewe Foundation award for Playstation and a Guggenheim Fellowship gold medal.