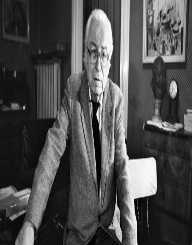 Wolfgang Paul, a German physicist, famous for the development of an ion trap technique (known as the Paul trap) which enabled the scientists to study and measure subatomic particles accurately, was born on August 10, 1913, in Lorenzkirch, a small village in Saxony, German Empire. He was the fourth of the six children of Theodor and Elizabeth Paul. His father was a professor of pharmaceutical chemistry in Munich where Wolfgang spent the early years of his life.

After studying chemistry and medicine, Theodor Paul went on to enroll as a research student in Leipzig along with the Nobel Laureate scientist Wilhelm Ostwald. Wolfgang was familiar with the life of a scientist in a chemical laboratory since his childhood. Unfortunately, his father died when he was still a 15-year-old schoolboy.  His interest in the study of science was already activated due to the scholastic surroundings he was raised in, and his parents were also in support of humanistic education.

Wolfgang Paul decided to become a physicist after finishing gymnasium in Munich with nine years of Latin and six years of ancient Greek, history, and philosophy. Arnold Sommerfeld, a great theoretical physicist and a University colleague of Wolfgang’s father, advised him to undertake an apprenticeship in precision mechanics, to begin with. In the fall of 1932, Wolfgang started studying at the Technical University of Munich (Technische Hochschule München). He switched over to the Technical University of Berlin (Technische Hochschule in Berlin) after his first examination in 1934.

In Berlin, Wolfgang Paul found Hans Kopfermann, a former Ph.D. student of James Franck Institute, who came to Berlin after a three-year stay at the Niels Bohr Institute in Copenhagen. He was working in the field of hyperfine spectroscopy and nuclear moments. Hans Kopfermann had a real feeling for the essentials in physics and took a fatherly interest in Wolfgang’s study. He completed his diploma examination in 1937 and went to the University of Kiel following his mentor Hans. He was appointed as Professor Ordinarius at the University of Kiel. He chose the doctoral thesis of the determination of the nuclear moments of Beryllium from the hyperfine spectrum under his doctoral adviser Hans Kopfermann. He developed an atomic beam light source which could effectively minimize the Doppler Effect.

However, before Wolfgang Paul could complete the thesis, he was drafted into the Air Force a few days before the start of the World War II. Fortunately, he received a leave of absence from his duties a few months later and could complete his dissertation and appear for his doctoral examination at the TH Berlin during this period of leave. In 1940, he was allowed to be exempted from the military service. He joined the group of Kopfermann again after the reprieve and shifted to Gottingen 2 years later. In 1944, he earned the title of Privatdozent at the University of Gottingen, an academic recognition denoting a person’s ability to teach independently at the University level.

Wolfgang Paul started working in the field of mass spectrometry and isotope separation at the University of Gottingen along with W. Walcher. He was accorded the status of full professor at the University of Gottingen in 1950. He developed the ‘Paul Trap’ in the same year. ‘Paul Trap’ is a technique by which an electromagnetic device captures ions (electrically charged atoms) and holds them long enough for their properties to be accurately measured and studied in detail.

Wolfgang Paul was appointed as a professor of experimental physics at the University of Bonn in 1952. He stayed there until 1993. He was involved with the teaching of molecular beam physics, mass spectrometry, and high energy electron physics at the Institute and also served as the Director of the Physics Institute. He served as the Director of the Division of Nuclear Physics at CERN for two years from 1965 to 1967.

Wolfgang and his colleagues built a 500 MeV electron synchrotron with the bountiful support from the Deutsche Forschungsgemeinschaft. It was the first of its kind in entire Europe. A 2500 MeV synchrotron followed shortly in 1965. During the World War II, he worked on isotope separation, a process essential to produce fissionable material to make nuclear arsenals.

Wolfgang Paul shared one-half of the Nobel Prize in Physics in 1989 with Hans Georg Dehmelt. He was awarded the coveted prize for his work in the development of a technique by which subatomic particles can be studied in detail and measured accurately. The method is known worldwide as the ‘Paul Trap.’ The other half of the Nobel Prize was awarded to Norman Foster Ramsey, Jr.

Wolfgang Paul married Liselotte Paul and had four children. Among them there were two daughters, Jutta and Regine, one is a historian of art and the other a pharmacist, and two physicist sons, Lorenz and Stephan. Stephan Paul is a professor of experimental physics at the Technical University of Munich, and Lorenz Paul is a professor of physics at the University of Wuppertal. Liselotte died after spending 36 years of married life with Wolfgang. She shared the distressing and challenging period during and after the World War II with Wolfgang and remained optimistic and positive about life throughout giving support, strength, and inspiration to him.

In 1979, he married for the second time after the death of his first wife. His second wife, Dr. Doris Walch, was a teacher of medieval literature at the University of Bonn.

Wolfgang Paul died on December 7, 1993, in Bonn, North Rhine-Westphalia, Germany. The cause of his death was reported to be heart failure.