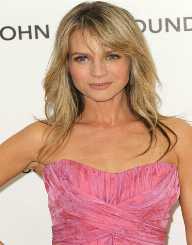 Actress Jessalyn Gilsig was born in Montreal, Canada on the 30 November 1971 to Clare and Tony Gilsig.

Before 1999 Jessalyn Gilsig did various commercials, voice-acting and minor television roles including a role in The Horse Whisperer (1998). Her breakthrough came when she guest-starred in The Practice. Snoops followed this part, and although the show was canceled, it led to Gilsig being offered the role of Lauren Davis in Boston Public (2000-2002).

Between 2005 and 2010 Jessalyn Gilsig was married to producer and director Robert Salomon. They had one child together before divorcing.