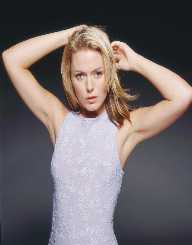 Patsy Kensit was born on March 4th, in 1968. She is famous for being an American actress, a model, and a talented singer. Apart from her acting career, Kensit also garnered high acclaim following the three marriages that she was involved in. She got married four times to notable musicians.

Patsy Kensit was born on March 4th, in 1968. Her birthplace was in Hounslow, Middlesex in England. She is the daughter of Margaret Rose Doohan and James Henry Kensit. Her father was a notorious thief and that he served time in prison when Kensit was born. Her mother, on the other hand, worked as a publicist.

When Kensit was four years old, she featured in a TV commercial for the Birds Eye brand. During the same year, in 1972, she landed on her first major role in For the Love of Ada. Two years down the line, she played the role of Pamela Buchanan in the hit film called The Great Gatsby -1974. While playing her role as Buchanan in the film, she played alongside the likes of Mia Farrow.

Later, in 1985 Kensit opted to combine two careers, one as a singer and the other as an actor. During this year, she landed on a role in the film Silas Marner. The following year, she starred in the film called Absolute Beginners. This was a novel adaptation written by Colin Maclnnes.

In 1988, Kensit was a member of the band group called Eighth Wonder. Together with her band members, they released two songs that managed to reach top 40 on the charts. These singles were “Cross My Heart” and “I’m Not Scared.”

Patsy Kensit’s fame also stems from the fact that she has been married four times. In all these occasions she has married musicians. Her first marriage was to Dan Donovan in 1988. Donovan plays for the band called Big Audio Dynamite. This marriage did not last long as Kensit wedded Jim Kerr in 1992. Kerr is famous for being the lead singer in the group called Simple Minds. The couple had one child together named James. Her third marriage was to Liam Gallagher, an English singer with the Oasis.

In this marriage, Kensit had her second born child named Lennon. This marriage came to an end in 2000. About seven years later, she announced that she would be getting married to Jeremy Healy, a DJ. The pair officially got married in 2009. Unfortunately, this marriage did not last long as the two divorced in 2010. Patsy Kensit is a huge fan of Tottenham Hotspur.