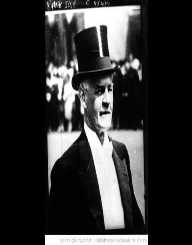 John Galsworthy was born on August 14th, 1867. His place of birth was in Kingston Hill in England. He was famous for his novels and his playwright skills. Some of his most celebrated works include From the Four Winds– 1897 and The Forsyte Saga – (1906 to 1921). Other works that he is to be credited for include Jocelyn -1898, The Island Pharisees – 1904 and several others. Due to his contribution to literature, Galsworthy was crowned the Nobel Prize winner in 1932. Besides novels, his other works entailed writing verses and plays.

John Galsworthy was born on August 14th, in 1867. He was born to his father John Galsworthy and his mother, Blanche Bailey Galsworthy. At the time of his birth, his family was famous for owning large properties in Kingston Hill. For his education, young Galsworthy went to Harrow, and later he joined New College, Oxford. Sooner or later, he became a practicing lawyer, and in 1890 he was welcomed to the bar. Nonetheless, this was not his calling, and as a result, he quickly left this career opting to engage in their family shipping business. It is while working in their shipping business that Galsworthy crossed paths with Joseph Conrad. Their interest in writing novels brought them closer together.

In 1897, John Galsworthy made his first publication which was a collection of short stories. This work was titled From the Four Winds. At this time, his pen name was John Sinjohn. Later on, in the early 1900s, he changed his pen name after publishing The Island Pharisees in 1904. Two years later, he also released his debut play named The Silver Box -1906. During the same year, he made another publication, i.e., The Man of Property.

Regardless of the fact that he wrote novels, people mainly recognized him for his playwrights. Some of his best plays that he is to be remembered for include Strife and The Skin Game which were published in 1909 and 1920 respectively.

Among the many novels that John Galsworthy wrote, one of his most excellent pieces to be published include the Forsyte Saga.

John Galsworthy earned his Nobel Prize in Literature in 1932.