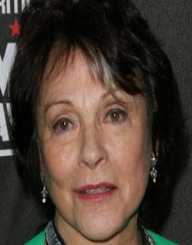 Claire Bloom was a pupil at Badminton School, Bristol. She enrolled at the Guildhall School in London where she studied acting and then continued studying at the Central School of Speech and Drama, London.

Claire Bloom and her brother were evacuated to the United States during World War II where they lived in Florida. She was ten years old at the time. In Florida, she became part of the war effort, joining the British War Relief Society and singing in a variety of concerts to raise money for the troops. Bloom, her mother, and brother, then lived in New York before returning home at the end of the war. She was taken to a play on Broadway, and it left an indelible impression. When she returned home to England, as a 12-year-old, she was determined to study drama.

Claire Bloom made her early appearance on BBC radio programmes. Then in 1946, she began working with the Oxford Repertory Theatre. Her stage debut was in Hamlet alongside Paul Scofield and Robert Helpmann. She appeared in The Lady’s Not For Burning (1947) on stage in London with John Gielgud, Richard Burton, and Pamela Brown.

In 1948, she played Ophelia in Hamlet which was well received by the critics. Apart from Shakespearean roles, Bloom appeared on stage in various roles including Look Back in Anger, Duel of Angels, A Streetcar Named Desire. She had a one-woman showing based on multiple stage performances, and she was also in The Innocents (1976) on Broadway.

Claire Bloom made her film debut in the British drama The Blind Goddess (1948). Directed by Harold French, it starred Anne Crawford, Hugh Williams, and Eric Portman. She then appeared in Limelight (1952) starring alongside Charlie Chaplin. The film made her an international star.

In 1952, Claire Bloom was presented with the British Academy of Film and Television Arts Award for the Most Outstanding Newcomer to Film as well as the Elle Award for Limelight (1952). She went on to win many other awards including a Drama Desk Award in for A Doll’s House (1971) and the London Evening Standard Award (1974) for A Streetcar Named Desire. In 1982, she was nominated for an Emmy Award for an Outstanding Supporting in a Limited Series or Special for Brideshead Revisited.
She won a BAFTA Best Actress in 1985 for Shadowlands.