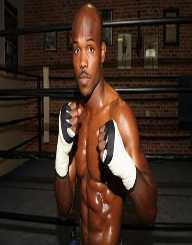 Timothy Bradley had wanted to become a boxer ever since he was a child. Of course, he couldn’t actually box as a child. Before becoming a boxer, Bradley held various ordinary jobs like working as a dishwasher and waiter. This was to help him earn money to pay for ordinary things like any teenager’s job might do.

As a teenager, Timothy Bradley began seriously training to become a boxer. He soon became popular near his hometown. He eventually traveled, mostly to Europe, where he fought in teenaged competitions. He was becoming famous in the world of young boxers and he was ready to begin a professional career in boxing.

Timothy Bradley’s professional boxing career officially began in 2004. In his first professional match, Timothy Bradley faced Francisco Martinez. He fought hard and won in the second round of the match. The next year, he won his first boxing belt for Youth World Welterweight Title. He had to defeat Francisco Rincon to earn this belt.

Timothy Bradley earned another belt in 2008, when he defeated Jose Luis Castillo in the super lightweight championship, earning the WBC Junior Welterweight Title. The next year, he had to defend his new title, which he did by defeating Kendall Holt. He had to defend this Youth World Welterweight Title in 2011, which he did so by defeating Devon Alexander. In the same year, he also won a match against Lamont Peterson.

In 2011, Timothy Bradley was signed up to fight a match against Amir Khan. However, he refused to fight, partially because Khan was a great boxer, and Timothy Bradley did not think he was getting paid enough to fight him. His refusal to fight in the match lost him his WBC Title. In 2012, a scandal arose as Bradley defeated Manny Pacquiao, where he earned the Welterweight Title. The fight was close, with Bradley narrowly winning by only two points. Critics and fans alike began wondering if the call was fair, and whether or not boxing, in general, was a fair game anymore. Luckily for Bradley, he was still allowed to keep boxing.

In 2013, Timothy Bradley had several impressive matches against Ruslan Provodnikov, which he won. He also fought Juan Manuel Marques in this year, which he also won. In 2014, he lost an important match to Manny Pacquiao, losing his Welterweight Title to him in the process. During the match, he was severely injured. He decided to take a break from boxing after this match to recover from his injury. In 2016, he earned the Welterweight Title, by again defeating Manny Pacquiao. which he currently (2017) holds. As of 2017, Bradly has competed in 37 matches. He was won 33 of these matches, lost two matches, had a tie in one match, and had a no contest in one match.

All of Bradley’s awards and accomplishments are due to his boxing career. Some of his most prestigious awards are listed below.

Timothy Bradley was inducted into the Boxing Hall of Fame in 2013.

Timothy Bradley married Monica Manzo in 2010.  He has two step-children from this marriage who he has since adopted and who now share his last name. The couple also has three of their own children together. The couple is currently still married.