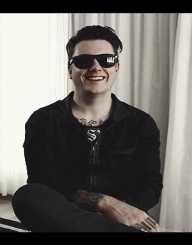 Best known as Guitar Guy or Papa Gates, Brian Elwin Haner Sr. is an American musician and author. Born on April 7, 1958, he is an astute guitarist and stand-up comedian. Combining talent and performance, he has established himself as one of the famous comedians. Brian Haner was part of the most extensive comedy tour in the world on the road with Jeff Dunham watched by over two million people. He was also part of the highly rated Jeff Dunham Christmas special seen by about 20 million people.

Brian Haner was born on April 7, 1958, in California, United States of America. He generated interest in music at a very young age after seeing The Beatles perform on The Ed Sullivan Show. At age 5, his parents got him a guitar, and the rest is history. Throughout his early, he made music part of him even in school. There were times that he would leave his high school campus to perform with bands like Sam the Sham and Pharaohs.

Brian Haner had an early career and was very active with bands when he was in high school. After his high school education, he engaged himself in some jobs as well as playing at nightclubs in Los Angeles. He furthered his education in music at Dick Grove School of Music where he did arranging, composition, advanced music theory and film scoring. Arming himself with educational skills in music, he went to the practical field by joining Motown star Norman Whitefield as a session guitar player and worked with Undisputed Truth, Rose Royce & Jr. Walker. After spending a year there, he got a record deal with Polydor with the name Brian West, and that was when his main career began.

Brian Haner started with the release of a debut self-produced album Don’t Stop Now which featured Tower of Horns. The album was a bang and made a huge success in Europe as well as other countries reaching gold status. With success achieved with the first album, he released several others and embarked on a tour in Europe in the 1980s. The 1990s also came with various opportunities for him. He added to his composition with scores of films and shows. He produced the hypnosis show for his wife from 1998 to 2003.

Brian Haner had a new record deal with Nashville music publisher in 2003 after the latter has expired. There he released two CDs including My Old Guitar. He later published his first novel Carney Man in 2005 which was a huge success propelling him to venture into stand-off comedy. To sharpen his comedy skills, he joined comedy clubs and also did Vegas opening for Bobby Slayton in 2006. That same year, he partnered with Jeff Dunham on Guitar Guy with Jeff Dunham on Comedy Central television specials during his tour.

With comedy, Brian Haner became the headliner of South Africa Comedy festival in 2012 and had also appeared on Red Light Comedy Special. Being a multi-talented person always excites his publics’ good releases and this time it was with his second book Ginny Reb which focused on the experience of a young man in the Confederate army. Later in 2014, he put on hold comedy and performing to allow him to coordinate The Orange County School of the Arts Commercial Music Program in Orange County, California. However, he continued to do some session works and also did the composition for the television show Z Nation on Syfy channel.

Brian Haner joined Avenged Sevenfold during the recording of their third studio album, City of Evil. He played the acoustic and electric guitar on several tracks during the session. He also did a duel guitar solo with his son on the sidewinder. He also did other works like string arrangements on the band's self-titled album and made an orchestral arrangement of the track Until the End by Diamonds in the Rough. He also did the guitar works on the track So Far Away and Tonight the World Dies which was a guitar solo on the Nightmare album. Other works with Avenged Sevenfold include playing the outro guitar on Coming Home which was on Hail to the King Album and also contributed to Angels on The Stage album.

Brain Haner's first marriage was to Jan Gera in 1980. They were blessed with two children, Brain Haner Jr. and Brent Haner. The couple later divorced, and he married Suzy Haner, a hypnotist, and fortune teller. He then got married to Suzy Haner.