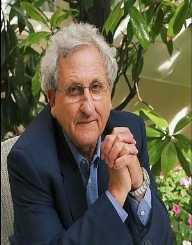 A.B. Yehoshua was born on December 9, 1936. He is an Israeli author. He is also a Jew. He has written books such as ‘Mr. Mani’ and other books which are highly regarded by the Jews as they reflect the Jewish culture and heritage. He is among well known artists all over the world. He loves his country Israel but his does not support corruption and political unrest in the country. His books are majorly about politics, The Jewish culture and heritage and history plus other literature is loved by people around the world. He uses a simple method of writing so that he works are understood by many. His works have been translated into twenty eight languages across the world.

A.B. Yehoshua was born on December 9, 1936, in Jerusalem. He was born to Yaakov Yehoshua who was a scholar and a historian and Malka Rosilio who was the daughter of a wealthy Moroccan businessman who had settled in Jerusalem. His father also wrote books about the Sephardic community of Israel. He was brought up alongside his sister. For three years he served as a paratrooper in the Israeli Army, that is, from 1954 to 1957. He attended the Hebrew University of Jerusalem where he studied literature and philosophy.

A.B. Yehoshua began writing in the late 1950s. In 1962, he published his first book of stories ‘The Death of the Old Man’. With his first book, he became famous and popular in Israel. He was seen as being among the new wave generation of Israeli writers whose works were different from works of previous Israeli authors. His works focused more on individuality rather than the concept of a group. He got his inspiration from workers such as Yosef Agnon and William Faulkner among others.

After writing for some time, he started teaching in Jerusalem, and so he started his teaching career before he moved to Paris. He moved to Paris in the year 1963. He continued his teaching career in Paris. He also served as the General Secretary of the World Union of Jewish Students. He highly cherished and regarded Jewish culture and heritage. He was a strong Jew who mostly wrote about the Jewish religion.

A.B. Yehoshua returned to Israel in 1967 where he joined the Israeli Army and served as a paratrooper during the Six Day War. In 1972, he started teaching Comparative and Hebrew Literature at the University of Haifa. He later became a full professor in the institution. In 1975, he became a writer in residence at St. Cross College, Oxford. He then became a visiting professor at several universities such as Harvard among so many other international institutions. In 1977, he published his first novel ‘The Lover’ which is about a man who is in pursuit of his wife’s lover. In his novel, he included the character of an Arab boy hence becoming the first Israeli author to have included an Arab in his works.

In 1990, he published the novel ‘Mr. Mani’ which became very popular. In 1993, he published the novel ‘The Late Divorce.’ Some of his other works include ‘A Woman in Jerusalem,’ ‘Friendly Fire: A Duet’ and ‘The Liberated Bride’ among other novels that have become popular to the general public. His works have been translated into twenty-eight languages. Some of his have also been adopted for film, drama, opera, and theatre.

In 1960, A.B. Yehoshua married Dr. Rivka Kirsninsk, a clinical psychologist, and psychoanalyst. The couple had three children together, two sons and a daughter. He also has six grandchildren.