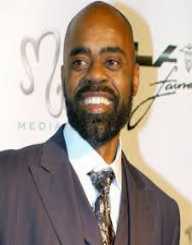 Ricky Donnell Ross was born on January 26, 1960, in the town of Troup, Texas. His parents, Sonny Ross and Annie Mae Mauldin, were farmers. In 1963, he and his mother moved to Los Angeles. They lived next to Interstate 110, which earned him the nickname “Freeway”. He played tennis and football at the Susan Miller Dorsey High School in Baldwin Hills. He could not receive a college scholarship because he was a functional illiterate. He briefly attended the L. A. Trade Technical School.

Ricky Ross first started selling cocaine that he bought from a community college professor. He soon managed to expand his network and find a new dealer. He started buying his cocaine from Nicaraguan distributor Danilo Blandon. He sold it at slightly lower prices than the average, which made his business explode. He started selling it to the Bloods and Crips street gangs.

He soon expanded to Florida, New York, Ohio, North Carolina, South Carolina, Maryland, Oklahoma, Texas, Mississippi, Missouri, and Kansas. He had thousands of people working for him and he earned almost a billion dollars. He invested a large chunk of his money in legal businesses and properties.

In 1985, the local and federal authorities created the Freeway Rick Ross Taskforce. They investigated his operations and set up many drug busts. Ricky Ross managed to stay one step ahead because he possessed police equipment, such as voice scramblers and scanners. In 1988, the authorities in California, Texas, and Ohio brought drug trafficking charges against him. They managed to capture him in Los Angeles in November 1989. He pleaded guilty to drug trafficking and cooperated with the police for a reduced sentence.

Ricky Ross was released after four years in prison. However, his main cocaine supplier, Danilo Blandon, began cooperating with the Central Intelligence Agency. He helped the U. S. Government smuggle arms to the Contras in Nicaragua. He cooperated with the Drug Enforcement Agency and confessed about his cocaine network. Blandon told them about Ross and set him up for more serious charges. The authorities convicted Ross in 1995 and sentenced him to life in prison. He managed to have his sentence reduced and he was released in 2009.

In 2010, Ricky Ross filed a lawsuit against rapper Rick Ross for using his name. He demanded a compensation of $10 million. The California Federal Court and the Los Angeles Superior Court dismissed the lawsuit. In 2013, the California State Court allowed the rapper to keep using the name without any compensation for Ross.

During his time in prison, Ricky Ross finally learned how to read and write. In 2013, he began co-writing his autobiography with author Cathy Scott. The book, titled Freeway Rick Ross: The Untold Biography, was published in 2014. In 2015, Ross helped produce the documentary Freeway: Crack in the System. It received a nomination for an Emmy Award for Outstanding Investigative Journalism.

Ross appeared for interviews in VH1’s Planet Rock History of Crack and Hip-Hop Documentary and The Joe Rogan Experience. His story was featured in the documentaries American Drug War: The Last White Hope and American Gangster.

After leaving prison, Ricky Ross met Mychosia Nightingale, a former Army sergeant. They have a daughter named Jordan and a son named Bricen.