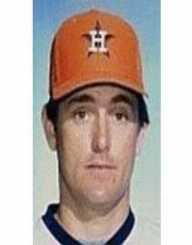 Nolan Ryan was born in Refugio, Texas on January 31, 1947. He commenced his Major League Baseball career in 1966 with the New York Mets. He became famous as a leading strikeout pitcher with a strong fastball after joining California Angels in 1971.

His baseball career spanned over 27 years culminating with a record of 300 wins, seven no-hitters, and 5714 strikeouts. In 1999, he was elected to the Baseball Hall of Fame. He was selected as president and CEO of the Texas Rangers.

Lynn Nolan Ryan Jr. was the youngest child of Lynn Nolan Ryan Sr. and Martha Lee Hancock Ryan. When he was six weeks old, the Ryans shifted base to Alvin, Texas on the outer suburbs of Houston. In his childhood, he was interested in hunting and ranching. He worked as a paperboy and delivered The Houston Post to households.

Nolan Ryan had a keen interest in baseball, and at the age of 9, he joined the Alvin Little League. During this time he already had a no-hitter to his credit and became a member of All-Star teams. He had a strong arm and a scorching fastball and made it to the Alvin High School varsity team. His talent was discovered by Red Murff of New York Mets, and he became a member of the 12th round of Major Baseball League in 1965.

Nolan Ryan became a professional player in the Appalachian Rookie League in Marion, Virginia. His talent was recognised, and in 1966 he appeared in two games of the Major League. 1967 was a lean year for Ryan as he completed six months of statutory service in the Army. He was also down with an arm injury, and he was prevented from playing baseball.

On his return to the Major League in 1968, he came out with a strong 3.09 ERA. In 1969, in the World Series, his performance was responsible for the upset win by Mets over the strong Baltimore Orioles. His fastball earned him the pet name the “Ryan Express” from the New York media.

Though Ryan had great talent, he was unable to control his pitching. He was picked up by the California Angels in December 1971. This proved a god sent opportunity for Ryan. With the able guidance of coach Tom Morgan. In 1972, he had a record 329 strikeouts, 2.28ERA, and 19 wins. He was responsible for his team leading 11 times in the league matches.

In 1973, Nolan Ryan broke the league record held by Sandy Koufax with 383 strikeouts and two no-hitters. Ryan had developed a quick curveball during this period, and the hitters were not able to decipher it. Ryan’s speed of fastball was measured to be 100.9 miles per hour in August 1974. This works out to a record 107 mph with the latest measuring techniques.

Nolan Ryan earned an annual income of more than $1 million when he joined Houston Astros of his hometown after 1979. This was a record for any member of the League at that time. He dominated the game as a strong pitcher and the game attracted huge crowds. He broke the record of Koufax with a no-hitter for the fifth time in September 1981. He had the best ERA of 1.69 for the Major League in that short season.

Ryan broke another record held by Walter Johnson with No. 3509 strikeout in 1983. Age appeared not to affect the performance of Ryan. He was the top performer in the National League in 1987 at the age of 40 with 270 strikeouts and an ERA of 2.76. In 1989 as a member of Texas Rangers he became a leader with 300 strikeouts for the sixth time in one season. He came out with one more no-hitter in 1990 and had 300 career wins. He hit a record seventh no-hitter in 1991.

Nolan Ryan retired from Major League Baseball in 1993 after his arm failed him. His major records include 27 major league seasons, 773 games, 12 0ne- hitters and 5714 strikeouts. On the flip side, he had a record 2795 walks which were 1000 more than any other player. He also lost about 300 games.

In 1999, Nolan Ryan made it to the Baseball Hall of Fame with 98.8 percent of votes. In 2012, Cox School of Business of the Southern Methodist University acknowledged him as ‘Dallas-Fort worth’s 2012 CEO of the Year’. The United States Mint brought out a $1 commemorative coin in his honour in 1992. It was known as ‘Nolan Ryan dollar.’ State Highway 288 was named as the Nolan Ryan Expressway by the Texas State Legislature.

Nolan Ryan became a partner of a group which bought two minor league teams, Corpus Christi Hooks and Round Rock Express. Ryan also assisted Texas Rangers and Houston Astros. He became President of the Rangers in 2008 and worked as team CEO from 2011 to 2013. He joined and assisted Astros in 2014.

Nolan Ryan was the founder of the Nolan Ryan Foundation. A beef brand was his brainchild.