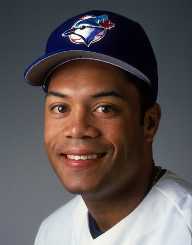 Roberto Alomar was born as Roberto “Robbie” Alomar Velázquez in Ponce, Puerto Rico on February 5, 1968. His father and brother also held great love for the sport and played as professionals.

Roberto Alomar is the younger son of Santos “Sandy” Alomar Sr. and Maria Velázquez. Alomar Sr. also played for the New York Yankees’ team and inspired his sons to love the same sport. Alomar’s older brother named Sandy Jr. took the role of the catcher and currently serves as Cleveland Indians’ coach. Since their father is often away due to his career as a baseball player, both children were raised by their mother.

A Shot At Stardom

Due to the influence from both his father and brother, Roberto Alomar played the sport, and soon enough, he became a local celebrity in his hometown. At the age of 17, he was scouted by one of San Diego Padre's representatives, and he was officially signed as one of their players in 1985.

From there, he joined the Padres' Class-A branch located in Charleston. In 1988, Alomar officially joined the major leagues and attained his first All-Star as a reserve player in the National League in 1990.


The Trade-In at Toronto Blue Jays and Lifelong Career

However, Roberto Alomar's career as a baseball player blossomed when he was traded in the Toronto Blue Jays along with Joe Carter for the 1991 series. At the Blue Jays, he reached his peak during the 1993 season wherein he was responsible for 17 home runs and played a vital role during MLB's World Series' previous season as well. He was awarded Player of the Year in 1991, 1992, and 1995 by the Blue Jays.

The same year in 1995, he signed a contract with the Baltimore Orioles and made a formidable battery with Hall of Famer Cal Ripken Jr. He was caught in controversy when he got into a heated argument with umpire John Hirschbeck in a 1997 game against the Blue Jays.

Roberto Alomar was caught spitting at the Hirschbeck on camera, but on his defense, the umpire has fired racial slurs towards him. As a result, he was suspended in the first five games of the 1997 season. They later made up in front of the stadium before the start of the Orioles game on April 22, 1997.

After playing for the Orioles, he joined his older brother Sandy Jr. on to the Cleveland Indians. He was set to for a four-year contract with the team.

Roberto Alomar spent his last years on the sport on varying teams such as the New York Mets, the American League, the Chicago White Sox, and the Tamba Bay Devil Rays. He spent a single-year contract in 2005 with the Devil Bays which also served as his final year as a professional baseball player.

Overall, he spent 17 years at the sport and was inducted into several Halls of Fame. On July 3, 2011, he was inducted at the Toronto Hall of Fame.

Following the said event, he was also inducted to the same setting on July 24, 2011, at  Cooperstown, New York's Baseball Hall of Fame as a member of the Toronto Blue Jays.