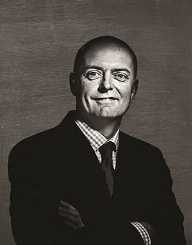 Robert Curl Jr. rose to fame as a fervent American chemist who garnered a Nobel Prize in the said field in 1996. Robert got interested in the study of Chemistry at the age of nine to the point of receiving a chemistry set as a Christmas gift. His interest grew stronger, but it was unfortunate that he majored in chemistry when he joined high school.

Afterward, Robert Curl Jr came up with more scientific discoveries that welcomed him to the world of fame. To date, Robert serves as a retired Professor at various institutions.

Robert Curl Jr grew up as a kind-hearted and a self-analyzing persona who loved nothing else than peace. He was also known as a risk-taker but not a careless man.He aimed to fully establish himself in the field of science which he did with his whole soul and heart. He is the kind of person who best defines time for leisure and work. As a result, his end outcome was up to the mark, all thanks to his determination and self-reliance.

Robert Floyd Curl Jr shared unique abilities in the study of chemistry. At 83 years of age, Curl still puts more effort in everything that he does. There is the only one reason that prevents him to retire entirely from his positions thus laziness. He despises lazy people who depend on other people’s sweat.

On 23rd, August 1933 Robert Floyd Curl was first seen in the world in Alice, Texas. His mother, Lessie Waldene Merrit Floyd was known as a perfect homemaker. His father, Robert Floyd Curls worked as a Methodist Minister. Floyd has an elder sister called Mary Curl Kurio. Roberts’s family moved from one place to the next which allowed him to travel to various locations. As days and months passed, Robert got interested in the field of chemistry.

At some point, Robert Floyd Curl Jr joined Thomas Jefferson High School. He then enrolled at Rice University where he graduated in 1950.Early in 1954; he received his BS in Chemistry where he later teamed up with University of California. Afterward, he served at Kenneth Pitzer laboratory who continued to work on his research.

Early in 1957, Robert Floyd Curl Jr enrolled at Harvard University where he completed his doctoral research. While still there he worked under a chemist called Edgar Bright Wilson. It was there that he majored in the field of carbon atoms. He then got an official invitation to join the Rice University in the US. It was by the end of his research that he acceded to the varsity faculty as an Assistant Professor. He is still working at the varsity to date.

Robert Floyd Curl Jr's first student was called Jim Kimsey. He and Jim collaborated where they came up with a result of different atoms that they called hyperfine structure. Simultaneously in the mid of 1963, he was appointed as an Associate Professor and a full-time professor in 1967. Another chemist, Richard E. joined his team at the University of Chicago.

In the mid of 1992 Robert was chosen as the Chairman of the Department of Chemistry at Rice varsity, but he later retired after four years. Then for six years, he got a seat as the Professor of Natural Science at Rice University. In 2003 Robert was appointed as the Rive University Professor where he stayed in the position till 2008.He announced his retirement at 74 years old.

After retirement, Robert Floyd Curl Jr got a position as the University Professor retiree. He held a Professor of Science position, Professor of Chemistry as well as the Professor of natural science. In his later works, Robert concentrated on a wide array of topics. But he took more time to study physical chemistry. It was here that, he came up with a wide range of discoveries including quarts and gas sensors that were primarily used to detect gasses. He also worked on different DNA genotypes as well as investigating free radicals.

Robert Floyd Curl Jr is still widely known for his significant works including the Buckminsterfullerene discovery. With the help of Harold Kroto and Smalley, they discovered a fullerene molecule that looks similar to a soccer ball. While still working on their results, Harold and Floyd found out that one of the graphite surfaces had formed carbon gases. It was here that they realized that when the gas got condensed, they unearthed a mysterious substance that had 70 carbon atoms.

It was after some days Robert found out that the carbon with 60 or 70 molecules still exists. This is where he began another research where he came up with a sphere that had over six edges. In the end, they defined it as Buckminsterfullerene in memory of Buckminster Fuller, an architect.

In the mid of 1996, Robert Floyd garnered a Nobel Prize in Chemistry where he shared with Kroto and Smalley. In 2001 he received several awards as well as notable recognitions. In his honor, a Barbuda and Antigua stamp was issued the same year.

On December 21st, 1955 Robert Floyd Curl Jr married the love of her life, Jonel Whipple. The couple has two children; both sons called David and Michael.