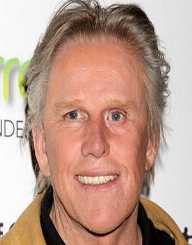 William Gary Busey was born on June 29, 1944, in Baytown, Texas. His mother Sadie Virginia was a homemaker, and his father Lloyd was a construction design manager. Busey attended Nathan Hale High School in Tulsa, Oklahoma. He graduated from high school in 1962 and went on to study at Pittsburg State University on a football scholarship. During his time at the university, Busey became increasingly interested in acting. He later transferred to Oklahoma State University and quit the school just one class short of graduation.

Busey’s first steps in show business career was as a drummer in The Rubber Band. He appeared in several recordings of Leon Russell and was credited as a drummer under names Teddy Jack Eddy and Sprunk. The latter character he created as a cast member of a Tulsa comedy show called The Uncanny Film Festival and Camp Meeting on KTUL station. During this time he crafted the character of American Hero, a belligerent, know-it-all character.

Busey also played in a band called Carp, which even had a recording deal with Epic Records. The band released one album in 1969. During the 1970s, Busey was cast in several small television and film projects. One of the most notable roles from this time was in the 1975 series Gunsmoke, where he played a character named Harvey Daley.

In 1974, Busey finally experienced his big breakthrough in the film Thunderbolt and Lightfoot in a supporting role. Two years later, Barbara Streisand hired him for the role of Bobby Ritchie, a road manager to Kris Kristofferson’s character in the film A Star is Born. In 1978, Busey landed the lead role as rock legend Buddy Holly in The Buddy Holly Story. For his performance, Busey was critically acclaimed and earned an Academy Award nomination for Best Actor.

In 2003, Busey appeared in the Comedy Central reality show I’m With Busey. He has also made cameo appearances in The Simpsons and HBO’s Entourage, where he parodied himself in three episodes. In 2003, he also appeared in the miniseries Into The West. In 2005, Busey drew a lot of media attention towards himself, after starring in the Turkish nationalist film alley of the Wolves: Iraq, which was accused of fascism, anti-Americanism, and anti-Semitism.

In 2008, Busey joined the reality show Celebrity Rehab with Dr. Drew and reality show Celebrity Apprentice 4. In 2014, Busey became the spokesperson for Amazon Fire TV. The same year, Busey became the winner of the UK version of Celebrity Big Brother. In 2015, it was announced that Busey would compete in the 21st season of Dancing with the Stars, together with Anna Trebunskaya. The two made it to the 4th week of competition.

Busey was married to Judy Helkenberg, and the couple had a son William Jacob Busey in 1971. The couple divorced in 1990. He also has a daughter from a previous relationship. He got engaged with Steffanie Sampson in 2009, and she gave birth to their son Luke in 2010.

In 1988, Busey was in a motorcycle accident and was severely injured, since he did not wear a helmet. He sustained a skull fracture and suffered permanent brain damage. During the reality show Celebrity Rehab, it was discovered that his brain injury has a great effect on him, weakening his ability to filter what he is saying, and making him act and speak impulsively.