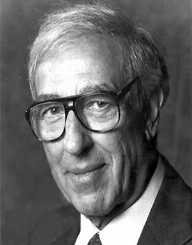 Edwin G. Krebs was a Nobel Prize-winning biochemist from America, who researched in the field of cell biology.  He collaborated with several other scientists of his time and received prestigious awards several times. His pioneering discovery was showing how phosphorylation is crucial in activating proteins and regulating cellular processes.

Krebs was born on June 6, 1918, in Lansing, Iowa. His star sign was Gemini. His father William Carl Krebs was a Presbyterian minister and moved around a lot of places due to the traveling nature of his work.

Young Krebs and his mother Louise accompanied him. However, when Krebs was six, the family had a longer stay in Greenville, Illinois. They lived there till Krebs was 15 years old when his father suddenly died. They then moved to Urbana, Illinois.

Krebs was enrolled in the Urbana high school after which he went to the University of Illinois. He was quite gifted as a student and impressed his teachers with his insights into chemistry. He chose the field of medicine after being selected for a scholarship from the Washington School of Medicine.

While studying at the Washington School of medicine, Krebs got ample opportunities to research the field of medicine and also trained to be a physician.  He graduated in 1943.

After leaving school, Krebs joined the Barnes hospital. He worked there for eighteen months and then served in the Navy as a medical officer. After being discharged from the navy, Krebs returned to civilian life in 1946.

However, the hospital work didn’t interest him much, and he shifted his attention to studying biochemistry. Two years later, he was ready to begin his path as a biochemist.

Career As A Biochemist

Krebs became an assistant professor at the University of Washington, Seattle in 1948. Together with Edward Fischer, he worked on the enzymology of phosphorylase. They were able to discover the mechanism of reverse phosphorylation – a discovery that won him the Nobel Prize in the field of Physiology.

In 1977, Krebs rejoined the University of Washington as the Chairman of the Department of Pharmacology.  His later career was focused more on research-based training, and he mentored a large number of students. His students found him to be an encouraging and loving teacher.  One of the most important contributions that came out of Krebs’ mentorship was the analysis of phosphotyrosine signaling events. Krebs had also co-authored several books on biology. The important ones are: “The Enzymes,” “Protein Phosphorylation” & “Control by Phosphorylation.”

Krebs was the recipient of the Albert Laskar Award for Basic Medical Research. He also won the Louisa Gross Horwitz Prize in biochemistry.  Most importantly, he received the Nobel Prize in Physiology together with Edward Fischer for their discovery of the effects of enzymes in phosphorylation & de-phosphorylation.

After returning from war duty, Krebs married Virginia Deedy French. She was studying nursing at the Washington University, and they met at the Barnes Hospital. The marriage took place on March 10, 1945. Virginia gave up her career to support that of her husband.

They had three children – two girls Sally Herman and Martha Abrego and a boy Robert Krebs. They remained married until his death in 2009.