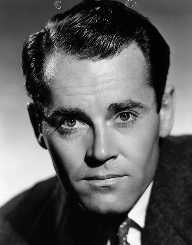 Henry Fonda was born on May 16, 1905, in Grand Island, Nebraska to William Brace Fonda, and his wife, Elma Herberta. Fonda’s ancestors were initially from Italy. During his childhood days, Henry Fonda did not show any inclination to be an actor. He was a shy, short-heighted boy whose aim was to become a journalist. But during his senior school days, he suddenly started growing taller and ended up growing to a final height of 6 feet 1.5 inches. Fonda enrolled himself at the University of Minnesota with Journalism as his Major. But he did not complete the course. Instead, he took up a job in a retail credit company named Equifax Inc.

At the age of 20, Henry Fonda's acting career started quite accidentally. His mother’s friend Dorothy Brando, mother of the famous actor Marlon Brando, selected him for a juvenile character, Ricky in her play called ‘You and I’ staged in the Omaha Community Hall, Nebraska. During his debut appearance in the play, he instantly fell in love with all aspects of stage, so much so that he started learning everything involving stage from stage production to set construction. In his second instance in acting, he played the lead role in ‘Merton of the Movies’ and after that decided to pursue his acting career professionally. He then went to New York to work at the Broadway. Later on, he shifted to Hollywood.

In 1932, Henry Fonda came to the New York City to work in the Broadway. After an initial struggle of two years in Broadway, he finally succeeded in getting critical acclaim for his characterization of Dan Harrow in the show ‘The Farmer takes a wife.’ The show got an overwhelming public response when opened at Broadway on October 30, 1934. The show turned out to be the turning point in Fonda’s career.

Victor Fleming, a famous producer-director at that time in Hollywood, was impressed with the success of the Broadway show and adapted the story for making a comedy film. He offered the role of Dan Harrow again to Henry Fonda. Accordingly, in 1935 the film version of ‘The Farmer takes a Wife’ was shot and subsequently released. The film helped Henry Fonda gain a firm foothold in the Hollywood film industry.

In 1935, Henry Fonda’s character of Dave Tollivert in the ‘Trail of the Lonesome Pine’ again proved his splendid acting calibre. Celebrity actress Batte Davis offered Fonda the role of Preston Dillard opposite her in the film titled ‘Jezebel.’ The film was released in 1938 and established Fonda as the successful leading man of the Industry. From 1939 onwards his long association with renowned director John Ford started with the film ‘Young Mr. Lincoln,’ where Fonda essayed the part of Abraham Lincoln. Immediately after that, he appeared in John Ford’s ‘Drums along the Mohawk,’ his first colour feature film.

In 1940, Darryl Zanuck of the iconic ‘Twentieth Century Fox’ production house signed Henry Fonda to a seven-year contract. But before entering the contract, he agreed to be a part of John Ford’s ‘The Grapes of Wrath.’ He won his first Oscar nomination for portraying the character of Tom Joad, an ex-convict, and dispossessed farmer, in this film.

In 1942, as the shadow of the impending World War II was looming large, Henry Fonda started collecting funds for the defense of Allied Forces. In 1943, he joined United States Navy as a Quartermaster 3rd Class on the destroyer USS Satterlee and went on to be commissioned as a Lieutenant Junior Grade in Air Combat Intelligence in the Central Pacific. He came back from the war in 1946 and essayed the character of legendary sheriff Wyatt Earp in the John Ford directed classic ‘My Darling Clementine.’

Henry Fonda did six more films with ‘Twentieth Century Fox’ and was seen in the lead role of John Ford’s production house, Argosy Pictures’ films ‘The Fugitive’ (1947) and ‘Fort Apache’ (1948). In 1948, Fonda returned to Broadway and acted in the play ‘Mister Roberts.’ The play was opened at the Alvin Theatre on February 18, 1948. In 1955, his very successful Broadway stage play ‘Mister Roberts’ was made into a Hollywood film, and Fonda successfully returned to films after a hiatus of eight long years starring in the film version of ‘Mister Roberts.’ Henry Fonda continued to appear in different films in the years 1956-1978.

Henry Fonda also tried his hand at producing a film. In 1957, he produced the cult film ‘12 Angry Men’ which was shot in a short span of just 17 days.

In 1958, he received the BAFTA Award in the ‘Best Actor’ category. He also won the Golden Globe Award in ‘Best Motion Picture Actor-Drama’ category for his role in ‘12 Angry Men’.

In 1977, Henry Fonda was conferred with the Grammy Awards in the Best Spoken Word Album for his work in ‘Great American Document.’

In 1980, Fonda was honored with ‘Lifetime Achievement Award’ by Academy Awards.

Henry Fonda received the Academy Award in the ‘Best Actor’ category for his role in ‘On Golden Pond’ in 1981. He also bagged the ‘Golden Globe Award’ in ‘Best Motion Picture Actor-Drama’ category for the same work in 1982.

He was also bestowed with the Navy Presidential Unit Citation Award and the Bronze Star for his contribution during World War II.

Henry Fonda tied the nuptial knot for five times. He married Margaret Sullavan in 1931, and they divorced in 1933. In 1936, he entered into wedlock with Frances Ford Seymour Brokaw. His two children, Jane and Peter Fonda, were from this marriage. He spent thirteen years with his second wife but eventually divorced her in 1949. Next, he married 21-year-old Susan Blanchard and adopted daughter Amy Fishman. Within the next three years, the couple parted ways. From 1957-1961, he was married to Italian baroness Afdera Franchetti. Finally, he wedded Shirlee Mae Adams in 1965. They remained unseparated till his death.

On August 12, 1982, Henry Fonda died due to heart disease. He was also diagnosed with prostate cancer. As he was an Agnostic, he did not want any funeral, and his body was cremated immediately.