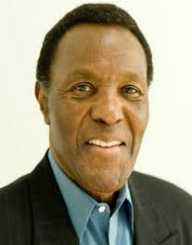 When Johnson was a youngster, his family relocated to California. He studied at Kingsburg High School, and as he was a talented athlete, he competed in three sporting teams for the school – these were basketball, baseball, and football.

In 1952 he travelled to watch the Olympic trials for the decathlon with his coach. Several weeks later, Johnson was invited to compete in a decathlon event for his high school, which he won. He went on to win the following two years as well.

After graduating from high school, Rafer Johnson enrolled at the University of California in Los Angeles (UCLA) in 1954.

While competing in his fourth competition, Johnson broke the world record.

In 1955, Rafer Johnson won the Pan American Games in Mexico. In 1956, he travelled to Australia to compete in the Olympics. He was listed to compete in both the decathlon and long jump, but due to an injury, he had to pull out of the long jump. Even though he was injured, Johnson was runner-up in the decathlon.

Rafer Johnson won the gold medal at the Olympics, setting a new Olympic record in the process. After his Olympic win, Johnson retired from athletics.

He also played basketball, and in 1959, he was drafted by the Los Angeles Rams in the NFL.

In 1960, Rafer Johnson changed direction and started acting. He appeared in several movies, including, Wild in the Country (1961) with Elvis Presley, The Six Million Dollar Man (1979), Roots: The Next Generations (1979), and Licence to Kill (1989), the James Bond movie.

Johnson worked for Robert F. Kennedy in his 1968 presidential campaign, and he was there when Kennedy was assassinated. Johnson helped to stop the killer from getting away.

In 1999, he released his autobiography, The Best That I Can Be.

Among his many awards and honors, Rafer Johnson has the following:

1958:   Awarded Sportsman of the Year by Sports Illustrated

1994:   Inducted into the World Sports Humanitarian Hall of Fame

2011:   Inducted into the Bakersfield City School District Hall of Fame

In 1971, Rafer Johnson married Elizabeth Thorsen. The couple has two children, a son, and a daughter.